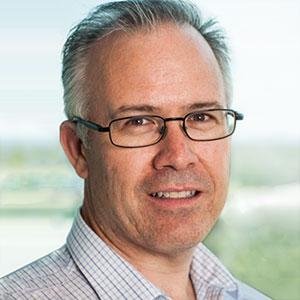 Gordon Dunsford joined the NSW Police Force in January 2018, moving across from the chief information officer role at WaterNSW. He admits to having preconceived views of law enforcement from Hollywood movies.

“It wasn’t what I expected,” he tells CIO Australia. “What I found was an organisation extremely sceptical of IT. “An organisation still very much evolving around mainframe technology from the 1980s and 1990s era, Lotus Notes and a few fledgling projects run outside of the then various IT teams which were aimed at trying to enable mobility for frontline police.”

Dunsford adds that NSW Police was an organisation that had distanced itself from its IT teams and stopped engaging with them. Commands had retreated to making do with ‘work arounds’ and basic generic IT tools as well as highly specialised and bespoke technologies led by police officers themselves often without the visibility of the then various IT teams that should otherwise have had responsibility to drive and deliver these to police, he says.

Dunsford joined the force shortly after NSW Police Commissioner Mick Fuller was appointed. Fuller’s first call of duty was to appoint a tech chief to consolidate teams under Dunsford.

In 2018, Dunsford and his team created a Digital IT Strategy & Roadmap with a focus on enabling digital innovations for citizens and the community for police officers to achieve a safer NSW. An enterprise architecture was developed that is underpinned by platforms for citizen engagement, frontline systems, employee engagement, and system integration with partner agencies at state and federal level.

‘Wayward’ projects that needed time and direction were delivered on time and budget under this new strategy. They included body-worn video cameras as well as mobile policing capabilities (MobiPol) where officers use Samsung smartphones running two apps to issue infringement notices.

Fast forward to 2019 and Dunsford and his team deployed a platform for deep machine learning and artificial intelligence and an Integrated Policing Operating System (IPOS) for frontline police and software from Salesforce, ServiceNow and Dynamics365.

But the first real test for this new infrastructure was when police were working on the alleged murder of a young woman in Sydney by Mert Ney. The homicide squad and general duties police had manually collected around 14,000 hours of CCTV, primarily on USB sticks, from 100 different camera types and other multimedia.

This data needs to be ingested, processed, analysed and presented for investigators to pursue charge at court. This process alone, like many other investigators of this profile and scale would normally take a large team of detectives many months to a year of painstaking and monotonous review of every second of CCTV footage, Dunsford says.

“Using the SAS Insights platform, police could ingest and process this enormous volume of data and provide tools for homicide squad detectives to search the data for all kinds of objects and evidence from a backpack - persons to a milk crate.

“Further, the detectives could then stitch together all the relevant objects including persons in a timeline of events over the period of Ney’s alleged murderous rampage in the Sydney CBD and overlay this in a geospatial platform.

“A great outcome was achieved at speed for detectives and the family of the victim; the first successful use case of this new platform,” he says.

But this wasn’t the only early success. Dunsford says IT started proving the ability of the Insights platform to transcribe suspect or ‘person of interest’ interviews conducted in a police station as well as on the streets using body worn cameras and a MobiPol handset.

NSW Police was spending many millions of dollars on manual transcription services or even police officers themselves would listen to and manually record every word in a brief for court. Voice to text translation is now giving police back 1.5 million hours per year.

“This kind of productivity and returning this time to frontline police means more police doing their real jobs on the streets,” Dunsford says.

By Q3, 2019 and in early 2020, Dunsford and his team rolled out several new infrastructure projects. These included BluePortal and the NSWPF Community Portal, a digital crime reporting platform for citizens that can take all but two crime types including the ability to upload smartphone images and multimedia such as CCTV and dashcam up to 2GB in size.

Last summer, Australia was hit with some of the worst bushfires in recent history. With more than 2,000 criminally reported bushfire events, NSW Police established ‘Strikeforce Tronto’ to investigate.

“This time the arson squad turned to me to investigate after hearing about our success on the Mert Ney homicide investigation,” Dunsford says.

Dunsford embedded an IT team into the elite State Crime Command, the first time that a tech boss was invited into the ‘heart and soul of policing’, says Dunsford.

“This was something that signalled I’d turned the corner for IT credibility at NSW Police. We are now seen as a credible partner to help solve crime, and as a partner and peer to sworn police and commands.”

During the bushfires, NSW Police used the Community Portal to allow citizens to upload CCTV and dashcam video. The Insights platform again ingested thousands of hours of data from citizens and the Royal Fire Service and Service NSW.

“This enabled investigators to present a modern interactive presentation for the Coroner’s Court of the entire fire season including deaths and arson events mapped again onto our geospatial platform,” Dunsford says.

Shortly after the last bushfire was extinguished, the COVID-19 pandemic took hold. After moving 22,000 staff across to Microsoft365, Dunsford and his staff had to respond by scaling up remote access capabilities to support a new hybrid work environment.

Dunsford and his team were asked to play a role in helping manage thousands of citizens in hotel quarantine and providing technologies to support Strike Force Blast, a team that was deployed to determine why the Ruby Princess cruise ship was allowed to dock and disembark thousands of passengers in Sydney in March.

The Insights and Community Portal capabilities again enabled detectives to take statements from 9000 passengers and crew across two cruises affected by COVID-19 without having to physically meet with them. They took advantage of artificial intelligence and machine learning capabilities to mind a large volume of data and hone in on witness statements that might be key to the investigation and ultimately, the Commission of Inquiry into the Ruby Princess.

Dunsford and his team also built a 'people management system' that enabled police to manage citizens arriving at Sydney Airport and throughout their 14 day hotel quarantine. Police could then trace their interactions and the safety of citizens both at a police operation centre and via their MobiPol smartphone.

The people management system was enhanced to manage border crossings when the second wave of COVID-19 hit Victoria. It was integrated with systems at Service NSW, which issues border permits, so it could read these permits and their QR codes. This have given police speed of processing at checkpoints but also ensures valid border crossings permits are presented by citizens in Victoria and those returning to the ACT.

"With COVID-19 still a threat, the challenges that face NSW Police are rapid, come in volume and change by the day, sometimes by the hour. However, my strategy since joining NSW Police in 2018 has been to drive digital innovation and in particular, my platform approach has ensured and set up the organisation for success in the digital age.

"Establishing these various platforms has allowed me to respond to policing outcomes required, and most importantly, respond at speed," he says.