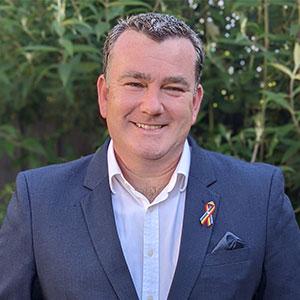 Between July 2019 and January 2020, every person in Kmart’s technology group across five countries were certified in cloud technologies. In fact, Kmart was the first organisation in the world to be 100 per cent AWS certified, says chief technology officer, Michael Fagan.

Fagan’s team used these skills to migrate the organisation’s mainframe applications in the AWS public cloud in May 2020.

The move happened at the same time as Kmart was demerging from Coles. Fagan and his team built a new network and data centre, with all associated infrastructure, and key applications including a new instance of SAP (finance), and SuccessFactors (HR systems).

A huge proportion of the mainframe code was more than 40 years old and Fagan provided technical coaching to the leadership during the program.

This has helped Kmart improve the speed of delivery of its services to stimulate customer demand and innovate faster.

“These technologies also help to improve productivity, which will reduce the Kmart Group’s total costs. Our investment in technology will increase so the benefit must increase at a faster rate,” he says.

Fagan says only three per cent of his team were cloud-certified when the organisation began its move to the cloud, which has also enabled the organisation to use machine learning to do demand forecasting and price optimisation.

“This is compounded by demographics, size curves and preferential tastes. Twenty men and women will purchase the same drinking glass, but wear different shape t-shirts in different sizes and like different colours.”

Fagan said Kmart’s data scientists built a machine learning model which was fed with historical data from all products in all stores. The team trained that model to recognise the attributes that are important to purchase decisions.

“After turning and tweaking the model, we now have a powerful demand forecasting tool that is run on our own machine learning algorithm to accurately forecast full-price monthly demand for new and existing products during a specified timefame,” Fagan says.

“Our merchandise planners are using that tool, supplemented by their own in-depth knowledge of customers and product, and have changed the shipping and distribution of millions of pieces of apparel.”

When asked about culture inside Kmart, Fagan asks people to imagine they have 100 people turn up to a party they are holding, 90 of them are great friends and the other 10 don’t want to be there.

“They’re mumbling under their breath and complaining about everything and everyone knows who they are and that they are whingeing,” Fagan says. “Think about the effect they are having on the party and the other 90 guests. Should you call them an Uber and them home or just hope they are enjoying themselves?”

“Next time you are questioning what to do, remember this story. Consider calling them an Uber or asking if they really want to be at the party.

On the diversity issue in IT, Fagan says inclusive workplaces are more productive and better at solving problems. People from different backgrounds, he says, offer different perspectives that deliver better outcomes.

“Women, LGBT people and those who have disabilities – all represent a sizeable portion of the population and they are our customers and colleagues. Not only is it enshrined in legislation, it makes good business sense not to alienate your customers.

“Diversity makes sense and it has been a deliberate strategy to include all groups,” he says.