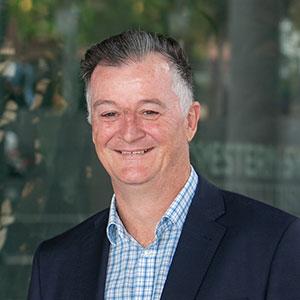 Ian Robinson, CIO at WaterNSW knows better than most that water is something we all take for granted.

And more than that, managing access to the coveted resource in NSW is one of the most complex and politically charged tasks in the country, made harder by recent disasters including drought, flood and bush fires.

In response, Robinson and his team succeeded in building one of the largest IoT networks in Australia, bringing together more than 10,000 telemetred water gauges and devices spread across the state’s vast water system.

Data flows into an Azure Data Lake where it is analysed by sophisticated machine learning algorithms taking account of everything from weather and rainfall, chemical composition, usage all along the supply chain, input from third party data sources and, of course, the specific demands and requirements of many, many stakeholders.

Of particular note is the ‘Water Insight Portal’ which shows users where and when water can be taken compliantly. This is based on a dynamic view of the state’s river conditions, with personalised user data presented as ‘traffic lights’ on each irrigator’s pump location, factoring their individual licence conditions and water allowance. This portal immediately improved accountability for maintaining such a critical resource.

This shift from traditional SCADA and Telemetry has reaped big cost savings.

Previously, sites could cost well over $10,000 with the power and built infrastructure required to establish them. New sites now cost under $1000 to establish and are battery powered. The technology and what it has delivered for WaterNSW and every organisation and person that depends on it is impressive.

But no less of an achievement was getting the executive of the organisation to support and fund the project; itself a study in expert IT management and bureaucratic diplomacy.

Two years ago when Robinson joined WaterNSW, stuck somewhere in his ‘welcome pack’ was a report from a ‘Big Four’ consultant which might have made many a CIO head straight for the exit.

Having canvassed feedback about IT from across WaterNSW, the report concluded it was “ineffective, slow and did not understand business challenges”.

In particular, it noted that there was no governance process to prioritise business demand and to provide visibility to business stakeholders of the progress of major projects.

“I assessed the report to be really saying that IT lacked the capability and capacity to deliver business demand,” Robinson tells CIO Australia.

Sensing the urgency for action he immediately created eight critical programs of work and assigned three existing project managers to three of them, while recruiting and bringing on board five new directors. These additional staff then engaged capability from the market to deliver technology programs using an established architecture.

In addition, the injection of a stronger service desk/desktop leader that could use data to diagnose the performance problems at the coalface in servicing business demand at the incident and request level immediately cut backlogs from over 3,000 tickets to less than 300.

“The impact of these changes was significant and immediate,” Robinson notes.

It built strong credibility that change could happen in a meaningful way but, even more crucially, showed that a stable governance process could be introduced which allowed the CIO to take feedback from colleagues and deliver on issues that had not been previously addressed.

“Once service began and the thirst for unmet demand started to be satisfied, I was brought into broader discussions on how WaterNSW impacted the water industry in NSW, the key pain points that technology could address if implemented correctly, and the opportunity for technology to transform the business,” Robinson says.

“Having earned the right, I set about learning as much as I could about how all areas of the business exploited technology. In doing this, I uncovered a conservative and risk averse organisation that was recovering from the major upheaval of three organisations being thrust together in the formation of WaterNSW. I started to identify what changes could be implemented to meet the organisation’s strategic goals."

Moving forward Robinson set about properly learning the language of his executive colleagues. “By understanding their pain, and the potential for improvement of their business processes, I probed and chipped away at setting an agenda for change.”

He decided to work by isolating smaller aspects of big problems that could be solved. Doing this meant he was able to show tangible, measurable results quickly.

“This has a way of building its own momentum as success in solving a small problem leads to complimentary small problems that start to look like a more strategic solution. Gradually, the buy-in grows and the imagination starts working in colleagues so that each begins to see the potential for a partnership leading somewhere really worth going."

Next, Robinson worked to develop what he calls a “vision” for each of the major roles within the full customer service and water operations side of the business.

Some roles have over 50 people doing them. Developing a view of future capabilities meant be able to create a picture of the future that not only appeared possible, but also digestible.

“Rather than building lists of IT investments with the usual one-line definitions of scope, we built a picture of the business that anyone could read and included signature moments that contrasted current experience," Robinson says.

“For example, a customer journey to establish a new licence could be laid out with all the pain involved in a swivel chair operator flicking between multiple screens and applications to build a single picture for one customer. Instead, it was defined in a whole new way as a self-service portal with a digitally transformed single view of customer and an automated transaction process that takes days off the cycle time for such a process."

Robinson’s colleagues around the executive table at WaterNSW were won over. Not only that, but he then became the go-to person for the organisation’s workforce plan, while technology was elevated “as the agent for change that allowed us as a team to reimagine the organisation of the future”.

“Through the use of machine learning techniques, critical data is not just presented for interpretation, but presented with interpretations that allow immediately actionable insight,” Robinson adds.

This has been achieved through multiple digital products which deliver value both to WaterNSW and its stakeholders:

For Robinson, you can never underestimate the need for the organisation, especially those leading it, to see results – however small – from the outset, and right throughout major digital transformation projects.

“Above all, it is doing part of the solution in parallel with the business case through agile development of low-risk aspects of the total transformation to build credibility – showing that IT understands the business problem and can speak the same language as users,” he explains.

“These things come from showing an outcome that makes people say: “Wow, this can really happen!”