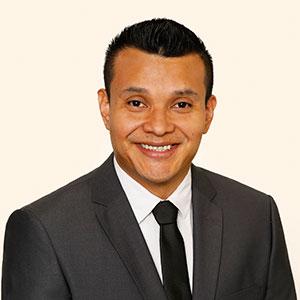 Remote working is nothing unusual in the mining industry, but when you’re in the business of site management and safety monitoring, being prevented from physical inspections and interactions with clients requires a quick, innovative workaround.

For Johnny Serrano, CIO with global mining services company Groundprobe, necessity was the mother of invention when COVID-19 hit, spawning what the company believes is a unique deployment of AR (augmented reality) technology that has enabled it to maintain critical services such as gauging whether mine walls are strong or at risk of collapse.

AR was already being implemented for demo and training purposes, but was prioritised and expanded as the pandemic spread.

The key objective was maintaining operations at GroundProbe’s 24x7 geotechnical remote monitoring centres in Indonesia and Chile which monitor potential mining wall collapses around the world.

GroundProbe manages a 450-strong fleet of radar and laser systems installed in 60 countries with remote monitoring and IT control centres connected to those systems in Australia, Indonesia, Chile and Brazil.

With the traditional business model of onsite maintenance and repair is no longer possible across the world, AR technologies were deployed to integrate with GroundProbe’s mine ‘radars’ that predict mining wall failures.

It was crucial that this critical service remained online as the geotechnical remote monitoring centres generate 20 percent of revenue and is key to competitive advantage and a pillar in the business strategy.

“This innovation allowed GroundProbe to continue its core business globally during travel restrictions, which allowed for “We are still operational” marketing campaigns; all whilst competitors were severely impacted during lockdowns,” he tells CIO Australia.

He adds there was a lot of work to do bring employees and managers along on the journey to achieve broad acceptance. Scenario-based training with engineers was managed by the IT team to ensure that they were comfortable prior to using the technology with customers.

It was one of several key digital projects overseen by Serrano and his team over the past several years as they sought to transition the company’s entrenched legacy systems and processes.

It was also decided GroundProbe needed to get smarter with data. Serrano and the team developed an AI-driven application to monitor and predict maintenance events, as well as employing AI to automate translation of documents into multiple languages, reaping significant costs savings.

“Over the past few years, GroundProbe has been on a digital transformational journey to ensure our IT services are flexible and scalable to limit any constraints from our legacy infrastructure,” Serrano says.

Key to this – pre-COVID – was supporting a far more mobile workforce in servicing the company’s customers in more than 30 countries, supported by offices in Australia, the Americas, Asia, Africa and Europe.

Communicating on projects and strategy within the team, as well as to management and the wider organisation is critical.

As part of the GroundProbe Leadership team, Serrano delivers business updates every quarter, globally, across every region, highlighting strategic technology projects and identifying implications for the organisation as well as individual staff. He also introduced the technology webinar series for employee engagement, with the most recent Microsoft Teams webinar attended by 60 percent of the organisation with extremely positive feedback.

One of Serrano’s favourite quotes is from American author Truman Capote, who wrote: failure is the condiment that gives success its flavour.

“If you are going to fail, fail fast, and get back up straight away and take away what you did right and what you did wrong,” Serrano says.

Key to his success, he explains, is having a genuine commitment to workplace diversity. I fact, he’s seen within GroundProbe as being something of a diversity champion, being on the boards of people-with-disability champions SpecialCare Central, as well as the national diversity and inclusion council within the Australian Computer Society (ACS). Serrano also established a cultural diversity program at GroundProbe to increase awareness of the issue.

Complementing this, he created and leads an internship program where migrants are mentored and given real-world work experience, in between his speaking engagements at ‘future pathways’ programs encouraging high-school students to seek careers within the tech industry.

Each of his nine reports have had long term career plans mapped out for them, in parallel with structured training programs.

Serrano also holds monthly mentoring sessions discussing his reports’ personal and professional aspirations and how he (and GroundProbe) can assist achieving them as the business scales.

Championing a culture of always learning in his team, technical training and higher education are encouraged and paid for as well as attending technical workshops and conferences for innovative ideas.

Technical training and professional memberships have been expanded to key individuals in other departments with an interest in AI, automation, and analytics.