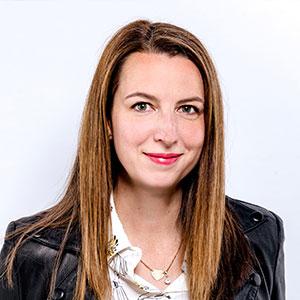 ANZ's internet banking capabilities had been running on the Finacle digital banking platform since 2005.

According to ANZ's tech area lead for internet banking and ATMs, Leigh Gibson, heavy customisation of the original version (6.5) meant it had been end of life and on extended support for more than 12 years.

Gibson and the team launched an upgrade program in 2018 to migrate to Finacle 11.1, with the foundation stack remaining on Win2012.

However, after completing the database migration in 2019, they were informed that the next version of Finacle required a containerised platform.

“This created a situation where the target end state of the completed program would require significant additional investment to upgrade to a future Finacle version,” Gibson tells CIO Australia.

“I started investigating options and kicked off conversations with Infosys' core product team In India about architectural options. We put a request forward for the program to pivot to Openshift.”

A proof of concept initiative (PoC) was started Oct 2019 between Red Hat, CPaaS and internet banking to assess feasibility of the new design options. The PoC was successful and the request to move to OpenShift was officially endorsed in March 2020 through a revised contract with Infosys. In less than four months, ANZ was running 30 per cent of its customer traffic over a new Openshift platform in production.

ANZ was also the first organisation in the world to deployed Finacle 11.9, a move which has ensured it is architecturally aligned with Finacle’s upgrade path for the next 3-5 years.

As services are upgraded and transitioned across to the new Finacle version, these internet banking services will be available for reuse to other ANZ digital channels, creating potential added value for bankers and customers in the future.

Gibson notes that $2.9 billion worth of scheduled payments were processed within one hour of OpenShift and Finacle going into production.

On the first business day, internet banking had 898,000 logins, with 71,567 of customers logged in during peak hour (11:00am - 12:00pm). During this time there were no glitches and customers were able to complete transactions smoothly.

“The key benefit to recent outcomes achieved for internet banking is that it supports the significant and continued stability and availability created for the 2.4 million active ANZ customers who process approximately $1.2 billion in payments each day, with peak user logins of 40,000 over a 30 minute period,” Gibson explains.

“It was important to get foundational elements of the architecture correct from the start,” Gibson notes, adding: “It was also crucial that the chosen products and the underlying infrastructure be designed to operate at the scale that we needed.”

Getting the project over the line therefore required significant levels of collaboration and support across the organisation..

Recently Gibson hosted a Teams chat with 54 engineers as part of a six-week performance and volume testing effort. Later, when the first Finacle 11 services were activated, there was a Teams chat with 84 people, just in case they were needed.

“There has been incredible collaboration and the use of this new tech has supported an increase in the maturity of our engineering community across multiple technology domains,” Leigh notes.