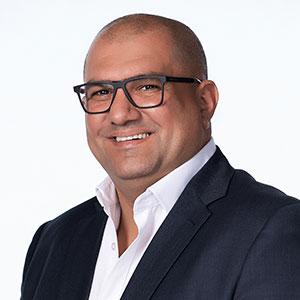 Over the past two years, the technology services function at Southern Cross Austereo (SCA) which comprises ICT, digital, audio and television broadcast engineering has undergone significant and far-reaching modifications thanks to Stephen Haddad’s leadership.

These innovations were driven by the need to enhance the operations, systems and tools available to people across the business, and a desire for a more efficient operating model.

Haddad led SCA to conduct a detailed review of its ‘in-house’ model of providing engineering broadcast and transmission services for 105 TV channels across regional Australia, and 98 radio services.

This resulted in a 15-year agreement that has enabled SCA to eliminate the high-levels of capital expenditure needed to maintain and refresh the transmission infrastructure while achieving a consistent and cost-effective way of delivering services across the country.

“It became apparent that we needed to come to an agreement around the managed service of our 200-plus transmission assets across regional Australia as we had an ageing workforce of audio engineers nationally,” Haddad tells CIO Australia.

He explains that the relationship with Broadcast Australia provided SCA with more consistency of maintenance and guaranteed service levels while reducing capital exposure and risk.

“We have been able to reduce our capital budgets in the year following by more than $10 million".

Meanwhile, Haddad has overseen the development and growth of the Podcast One platform, website and mobile app. More than 200 podcasts have been downloaded around 150 million times.

“SCA’s digital assets and projects are some of the most important elements of our business. During COVID-19, we have seen a huge surge in digital listenership across our digital apps and websites. With the constant migration of audiences from traditional radio to our digital platforms, our radio station websites and apps provide listeners with a personalised audio experience which lets them engage with live and catch-up audio across all of SCA’s shows and regions,” he says.

Responding to the changing nature of work, which has been intensified further by COVID-19, Haddad and his team established an automation practice to assess, optimise, and automate business processes. This practice has since cut 400 hours of manual effort with ‘bots’ allowing people to spend time engaged in high-level thinking, creative and decision-making activities.

When the COVID-19 pandemic hit, SCA staff were ‘work from home ready’ and the transition was seamless.

“Users simply took laptops home and had the same work experience as they did in the office across productivity and collaboration tools, line of busines applications, and broadcast capabilities. The combination of infrastructure, networks, security, and applications performed flawlessly during this time,” Haddad says.