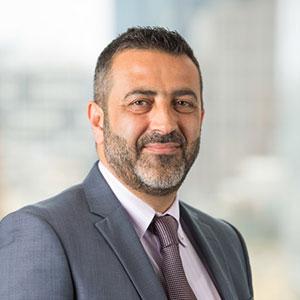 Sami Yalavac, CIO with healthcare group Bupa, led a mass exodus to work-from-home, ensuring the safety and wellbeing of thousands of staff and customers across Australia.

After the pandemic fully asserted its seriousness in March 2020, in less than a week he and the team mobilised more than 4000 office-bound employees to remote working environments.

In under a fortnight, multiple contact centres were remobilised, with over 900 customer-facing staff transitioned to digital service platforms.

Key to the effort was ensuring employees had the equipment, access and software required to be able to do their jobs effectively away from the office. And to do them securely, equipped with added information and insights to ensure customers' sensitive healthcare information was safe in the new working environment.

This included development of a solution enabling contact centre consultants to accept customer credit card details when working from home.

Within only nine business days, Yalavac and the team refined the requirements, underwent UX design, built and tested the solution with success.

“While the capability to work from home for individuals working in office roles is not new, this technical capacity had never been extended to Bupa contact centres and retail team members,” he tells CIO Australia.

Under Yalavac’s leadership, Bupa has added a range of omnichannel layers to a once voice-only system.

“These tools give busy customers the ability to communicate with a real person wherever they choose and enjoy the same level of expertise and options they would receive over the phone or in-store,” Yalavac says, adding that Bupa is now meeting Australia’s growing population of digital natives ‘where they play’.

In March 2020, Bupa broke its monthly record for chat sessions with 12,600 taking place. Today Bupa’s chat team is having close to 1000 chat conversations per day, with the digital engagement team doubling to handle the load.

The proof has been in the pudding with Bupa reporting a 10 percent lift in customer sentiment since COVID-19 hit. Positive sentiment calls now far outweigh those with negative sentiment, while contact centre agent sentiment has increased 46 per cent compared to the initial lockdown period in March.

A key development was the convergence of the Liveperson and Genesis chat platforms which had previously existed in functional silos.

From an automation perspective, Bupa successfully created an Overseas Student Health Cover (OSHC) enrollment bot and since October 2019 the bot has processed almost 23,000 new overseas student enrollments during and outside of business hours.

“This has freed up the International Corporate Partnerships team to focus on complex issues and enquiries while speeding up the enrollment process for customers,” Yalavac notes.

More recently, Bupa rolled out customer service chatbots and the successful launch of natural language understanding resulted in a 20 percent fall in customer transfers and fewer touchpoints customers must navigate to get their enquiries resolved.

Looking forward, Yalavac and his team are exploring how they can leverage tools like Google Assistant, Siri and Alexa which will mean customers can purchase a policy or have their enquiry resolved without having to pick up their device.

Also, recognising the importance of keeping Bupa’s care home residents connected with their loved ones, Yalavac and the team shipped 250 extra iPads to homes for residents to use.

“This was a big, complex effort between the technology and aged care teams to configure devices to be as close to 'zero touch' when unboxed and as simple to set-up and operate as possible,” he says.

In the years leading up to, and now still dealing with the impact of COVID-19, Yalavac strives to improve the operating model for Bupa in his capacity as CIO.

He also understands how important it is for staff to have positive experiences and to feel positive if business is to achieve success. This is reflected in an employee experience strategy which focuses on diversity and inclusion, engagement and culture, employee wellbeing and development.

Among the key priorities are the Tech-A-Gender program which has delivered an array of initiatives to create better gender balance, ultimately attracting, developing and retaining more women in technology at Bupa.

Since the program launched in 2017 Bupa has increased the proportion of women working in tech roles at the company from 18 percent to 26 percent.

Yalavac notes that since he became CIO in 2015, there has been a dramatic shift in culture within the tech team, reflected in particular by an increase in technology employee engagement from +2 in Q1 2016 to +48 in Q4 2017.