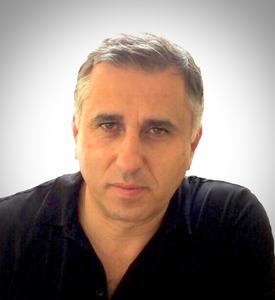 The past two years have seen significant change for First State Super as it's responded to increased industry pressure to consolidate and transform. Last year, the company merged with rival StatePlus, and then joined with VicSuper in July this year, while announcing plans to merge with WA Super by the end of 2020.

“The technology foundations introduced over the past two years have been key to ensure we have been able to leverage the economies of scale to ensure our members have greater investment choices, higher returns on their funds and lower member fees.”

The technology vision for the company is essentially putting members above all else.

“All initiatives lead by the CTO have been aligned to our Member’s First principle,” Exton says. “Fundamentally, we want members to love their interactions with us and that means ensuring the technology they interact with is easy, simple and helpful.

This was reflected in the co-design and development of an award-winning mobile app, which won the 2019 Australian Design award and has helped increase both member growth and retention with more transactions completed via the app than the website.

Supporting First State’s commitment to the customer and raising their experiences is the technology team's ‘Data First’ strategy.

At its core is an Enterprise data hub to master member data real-time, performing advanced analytics and ‘propensity-modelling’ to identify members that may need advice or where a life event (such as changing jobs, marriage, starting a family, preparing for retirement) might demand special attention.

Another key milestone was the launch of First State’s Single Touch Payroll platform, allowing the company to win new tenders with schools and hospitals using fully automated, workflow platforms that integrate their payroll systems to the ATO for simplified employer transactions.

Then there was the shift to cloud-based CRM platform Zendesk, which delivered significant improvements in member satisfaction.

“It also allowed the service centre to transition to work from home with minimal disruption to the servicing of our members as a result of Covid-19,” Exton notes.

“In fact, we no longer have need for a BCP site due to our full remote working platforms.”

Exton has presided over an increase from 5 to 23 percent women in First State’s technology team, while there has also been a marked increase in cultural diversity at the same time.

He is a staunch advocate for mentoring within the company too, often taking on as many as four aspiring staff at a time.

“I also believe that having a capable workforce with a deep knowledge of best practice makes the difference in our ability to deliver successfully to the organisation, and have invested in ongoing training and certification.”

In 2019 the entire tech team at First State completed their ITIL certification with a 100 percent pass rate.