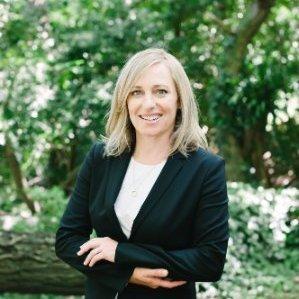 When Cisco declared a mandatory 'work from home' order for Australia in early March, Julie Canepa's IT team had less than 24 hours to ensure all 1300 staff were able to safely and securely work remotely.

Australia was the second country to close its offices after China so the local team helped lead the way for the global mandatory work from home directive that came later in March.

Canepa's A/NZ IT team supported employees working from home while preserving the same rigorous security standards as if they were on-site.

"Cisco IT took a broad view of remote access for our employees and developed a four-layer framework to put the business and IT capabilities in place," she says.

"Cisco IT has applied split tunnelling for known trusted Internet connected services. We implemented best practice to schedule downloads, upgrades and back ups to occur outside working hours," she says.

Basic collaboration: Canepa and the her team increased utilisation and capacity of Webex meetings and Webex teams. At peak times, meeting volume was up 24 times where it would be normally. Webex Teams were used to emulate the office environment where people get together in a virtual community space.

Business processes: The team determined appropriate access to critical applications, function-by-function in areas such as engineering, sales, and customer experience.

"We adjusted the on-boarding processes to make it contactless and ensured call centre agents were enabled to WFH," says Canepa.

Complex use cases: Beyond meetings and interactions, many business processes and large-scale activities went virtual.

"We transformed traditional events such as Cisco Live Melbourne into virtual events and ensured our IT infrastructure could handle the increased video/streaming traffic. We did our first ever fully virtual quarter end and year end and both were successful," she says.

Canepa adds that now Cisco has been dealing with this new enviroment for nearly six months, the organisation is focusing on becoming a 'resilient distributed enterprise.'

"We are taking a phased approach in the 'return to office' process, ensuring that our Australian sites comply with government legislation and Cisco global policy. In our North Sydney and St Leonards offices, we are supporting physical distancing by maximising usage of touchless technologies such as voice activated conferencing units while using Cisco DNA spaces to monitor density in meeting rooms," Canepa says.

"We are leveraging the people counting technology built into our Webex Video Endpoints to alert if social distancing limits are exceeded."

Before allowing a limited number employees to return to the office, Canepa and her IT team worked with Cisco's Workplace Resources team to make sure the first employees back are practicing social distancing—not standing or sitting too close or gathering in large groups.

"We needed a solution quickly, which sped up our plans to adopt Cisco DNA Spaces. It’s a cloud-based, indoor location services platform that turns existing wireless networks into a sensor.

"We deployed the connectors, which run on virtual machines, in about a day. Connectors retrieve data from our wireless LAN controllers, encrypt personally identifiable information, and then send the data on to Cisco DNA Spaces."

Provisioning accounts in the cloud took just a few hours and adding buildings took just minutes to add to Cisco DNA Spaces, as did uploading building maps, she says.

"In total, we were able to onboard our Sydney sites in just two days. That gave us time to vet the use case with Workplace Resources and collaborate with Infosec on data privacy and security. We receive alerts when density or device count in a certain areas exceeds our thresholds, using the DNA Spaces Right Now App. It shows wireless density in near real-time, for a site, building, floor, or zone."

Cisco DNA Spaces is also used to see where people gather and at what times. Based on that data, Workplace Resources will take actions such as increasing or reducing the number of employees on site, closing or opening certain areas of the building or posting signage.

"After taking an action we can check the Cisco DNA Spaces App to make a data-based decision on whether to invite more employees back—or pause," Canepa explains.

As the executive sponsor of inclusion and diversity program 'Women of Cisco A/NZ', Canepa is leading initiatives around personal development, attracting and hiring more female employees and inspiring the future workforce through mentoring.

One example of this is a partnership with CSIRO, which involves going out to schools and mentoring primary school students and exposing them to the opportunities in technology.

Canepa is part of the APJC chapter of the Cisco Cancer Support Network, which helps employees and their families through a cancer diagnosis by assisting them with resources, giving them support and letting them know how Cisco can help them at this time.

Meanwhile, she has expanded the Cisco IT intern and graduate programs with five new interns and graduates starting with Cisco IT in Sydney during COVID.