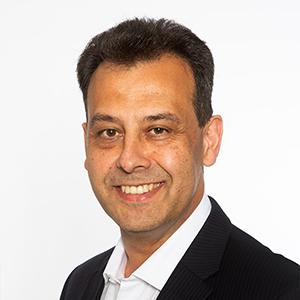 Early in his career in financial services, John Vohradsky believed that being perfect and always being right was a good thing. Like all young professionals, he would always try to hide things that didn’t go to plan and ‘over-publicise’ the good stuff.

But at aged care provider, IRT Group, where Vohradsky is executive general manager of IT, he has discovered something just as important as the bottom line: how to use technology and digital assets to improve the lives of older Australians.

“The big lesson here is that in aged care, a failed project, an unstable system or a poor IT decision doesn’t just result in lost money or credibility, it can also result in a resident dying," he says.

But the words ‘technology’ and ‘aged care’ are not generally used together and that implementing any large-scale technology initiative in the sector is hard, he admits.

“So, the way I have led the technology and innovation areas of IRT is now built on actually making mistakes. If mistakes are made fast, learned from and then corrected, this is a good thing as it moves you closer to the goal.

“This requires real trust and a one-team approach to achieving common goals. Again, when there is good organisational strategy and strong IT plans, success can be achieved.”

To address social isolation and limited mobility of residents at its Kangara Waters site in the ACT, IRT worked with driverless car company, EasyMile to plan, develop and trial what Vohradsky says is the world’s first fully autonomous resident shuttle service in aged care.

Residents who were socially isolated or immobile – including some who had not left their homes in months – enjoyed a futuristic driverless shuttle that allowed them to travel independently. For some, this was an amazing and life changing outcome.

“The hard metrics were measured via a series of surveys and resident activity monitoring both before, during and after the introduction of the autonomous vehicle," Vohradsky says. "All showed significant increases in activity, but more importantly, noticeable improvements in behaviour, mental health, and engagement in their community".

Secondly, Vohradsky and his team co-developed a bespoke resident location/tracking device with Melbourne tech company, iottag which will be available to other aged care providers after implementation at IRT’s facilities. The team also built a centralised data analytics and business intelligence capability that provides integration and consolidation of data from multiple internal and external systems.

“This will dramatically increase staff efficiencies and delivery of care to IRT’s residents and customers. By replacing locks, gates and restrictions with electronic geo-fencing, a feeling of openness and freedom is achieved. Dignity is restored and trust is gained; families feel safe that their loved one’s location is always known and are surprised by the amount of independence that is gained,” Vohradsky says.

The third innovation is the IRT Connect App which was built with Sydney-based Checked In Care (CiC) to develop a mobile app that connects residents and their families. The app provides direct access to multiple IT systems behind the scenes to unlock and present financial, clinical, and transactional services.

“During COVID-19, this app has been an amazing communications tool for family and loved ones to not only speak with residents but also see them on large screens and share photos and messages," says Vohradsky. In addition, the telehealth functions have made sure critical medical help is only one click away.

He adds that having a one-stop app that can be downloaded on any smart device not only helps navigate the complex aged care system, but also removes a lot of the traditional friction associated with the historically manual and paper-based industry.

“Take up numbers have been very high, and all the measurable metrics show strong engagement and breaks the myth that elderly people won’t use technology," Vohradsky says. "From a staffing perspective, the system helps free up administration time for queries, requesting statements or even checking when an appointment is happening. The app truly gives residents and their families all the information that they require.”

Vohradsky has planned and led IRT’s digital transformation over the past five years. The organisation has been split into three individual business streams: aged care facilities; RV accommodation; and home care services.

“This means IRT can now be more agile and make faster business decisions without constantly seeking approval and alignment across the whole business. This success has allowed me to not only influence my board, fellow executive members, and senior leaders, but also be a trusted advisor and partner-in-change,” he says.

Vohradsky adds that to meet IRT’s objectives with technology, he had to address the limitations and issues facing all IT professionals in aged care.

“The real challenge in aged care is dealing with an industry that is set in its ways, is predominantly paper-based and a lot of the technology that existed is 10 years behind the banks with IT vendors that are complacent and not challenged by their aged care customers,” he says.

Vohradsky says he addresses these limitations and keeps technology as part of the conversation by rolling out IT roadmaps generated annually for each business unit. He has also addressed the less mature legacy computer systems found in aged care by implementing an enterprise service bus that connects and glues all core systems together to provide ‘ERP-like’ connectivity.

Finally, having an enterprise-wide approach to data analytics allows information to be unlocked from discrete silos and then fed real-time into a cloud-based data warehouse, with structured business intelligence dashboards that can be viewed across the entire business.

“From project reports through to MIS and board reporting, there is one source of truth with real-time explorable data at each decision or reporting point,” Vohradsky says.