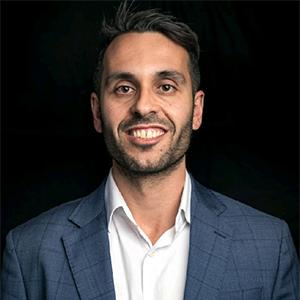 Swimming Australia’s general manager technology, Michael Ciavarella says this success was due to the quality of athletes, planning from coaches and support staff,. But there was one innovative machine which influenced various decisions and core items at the Tokyo Olympics and will continue to positively impact Swimming Australia’s future operations.

That machine is called Atlantis, a cloud-based data lake built with Amazon that contains extensive competition and training data, which are the organisation’s largest data sources. It uses artificial intelligence and a machine learning algorithm to provide accurate predictions and real-time insights for the team. It suggests the possible combinations for Australia and predicts the likely squads to be deployed by rivals, which is a first in swimming.

Ciavarella says his role during the project was to ensure the architecture and technical direction was sound and scalable and could be applied to the entire organisation’s data in the future.

A not-for-profit organisation, Swimming Australia has many systems that are supported by a small team. It operates in a federated model with many volunteers across the sport.

“The innovation came about as our organisation needed to unlock and democratise data at scale to enhance our performance," says Ciavarella. "Reducing labour-intensive work was a bonus".

It was acknowledged that this approach was not scalable and given the elapsed time to create insights, there was a cost of delay.

“We automated the data collection process and grew the size of our dataset by more than 9,920 times while also allowing outcomes to be predicted with greater accuracy. Hundreds of hours could be saved for every event but importantly, timely and actionable insights supported by mass amounts of data, delivered in the moment,” Ciavarella says.

A year-and-a-half of work unfolded in real time at the pool in Tokyo.

A key use case, says Ciavarella, was using Atlantis to calculate the best order for our Australian relay team to swim in, while predicting what competitors were going to do. “If we could predict how our opponents were likely to line up, we could effectively best match and engineer our team. Our algorithm was fed with large amounts of data and varying data types, improving its accuracy".

Swimming Australia’s business users tested the concept under racing conditions at the International Swim League finals in early 2020. Atlantis was picking the order, and the times that the relay teams would swim, within 0.1 of a second.

According to Ciavarella, the variables used were immense, with the project team considering the most successful historical order, age of the swimmers and number of days since their last personal best. The model provided useful trends never seen before, including one that suggested there was a 60 percent chance of younger and slower swimmers achieving a personal best in the second half of the relays.

A prime example where the model was used in Tokyo was for the mixed medley relay.

"We surprised many with the order we swam, mixing the order from heats to finals. Our coaches and staff ran many scenarios. Atlantis predicted the times swam by the American team and was close on all the international teams on all seven relays," says Ciavarella.

“Atlantis has delivered trust and belief in technology and insights, with coaches leveraging the model to inform decisions regularly. It contributed to an astonishing Olympic campaign for our swim team; nine gold, three silver, and eight bronze medals".

Ciavarella has what he describes as ‘common conversations’ with leaders on what is keeping them up at night.

“The fact is that it’s often not technology (although I think this is changing). Financial position, organisational risk, and culture are often the highest on the list, so I do my best to empathise and strategically think through how I can reduce our shared concerns,” he says.

For example, he says there is a correlation between organisational risk and uplifting maturity and awareness of cyber security.

Swimming Australia is now investing a lot of time and money in cyber as it aims to dampen shared concerns and keep data and assets safe.

“Our risk and audit council is regularly briefed on our progress, as is our board, and they are fully invested in it,” Ciavarella says.

But he admits not being part of Swimming Australia’s executive team means he needs to work harder to ensure the organisation gives thought to technology, digital and data.

“Once I understand the passions and motivations of individuals and we are using a common language, I openly share insights across different sporting codes. I engage in a small community of fellow technology leaders from sporting organisations each quarter," Ciavarella says.

“I regularly share these insights with the executives when we are discussing future ways of working or business models. It is important to measure where we are in the sector and hear from other organisations similar to us. These data points across the industry have been valuable in influencing our decisions".

“Our organisation’s financial position is important for our executives, board and employees. We’ve proactively aligned to this in the technology team as a promoter and early adopter of seed funding, prototyping, and building solutions with our customers. This reduces risk, increases engagement and builds trust,” he says.

In a federated model, he says, this isn’t necessarily straightforward. The clubs and their volunteers have the largest interactions with members.

“Parents and swimmers engage with club administrators: above the clubs are regions; above the regions are states; then there is Swimming Australia, the national body. We are accountable for building many solutions for members, parents, club volunteers, regions and states.

“It is important to engage regularly with each to pulse check the needs of the customer and build confidence. When we do this, our results speak for themselves, we’ve seen a substantial increase in demand for our services. This is only possible due to the unrelenting focus we place on this. I’m very fortunate to have an amazing team who proactively focus on our end users and ensure we deliver a great experience,” Ciavarella says.