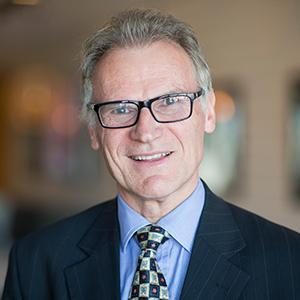 Following seven years leading various core digital initiatives across Victoria’s departments of health and human services, Steve Hodgkinson has now been named in the CIO50 five times in a row.

But this year’s result of second place is his best yet.

Throughout his career, Hodgkinson has been one of the most respected and successful champions of agile methodologies in the Australian public sector, with the Platform+Agile approach he helped develop now being copied and adapted by other state government departments, local government councils and health services.

Its driving impetus is to replace the dominant outdated and transactional Procurement+Waterfall approaches for delivering IT projects in government with a “more sustainable flow of highly productive continuous improvement activity”, he tells CIO Australia.

As with many public sector agencies, the pandemic has been a wake-up call for Victoria’s Department of Health, especially as it sought to navigate Melbourne through the worst case numbers and harshest lockdowns of any Australian city.

“The past year has been the most challenging in my career as a CIO,” Hodgkinson says.

“Demand has been intense at the same time as circumstances made it unusually difficult to deliver technology projects due to leadership churn, restructures, crisis-mode decision making, remote working, intense political and media pressure and the constantly evolving pandemic emergency.”

He and his team were pushed to their limits. Yet in just the past 12 months they managed to deliver over 100 new technology projects and initiatives, with a total investment in excess of $140 million; a record for any Victorian Government department.

While new systems were delivered for all areas of health and human services, Hodgkinson notes, unsurprisingly, that developing systems supporting Victoria’s COVID response were the main priority.

Key among them was the COVID Test Tracker System. When the pandemic started gathering momentum in March 2020, Victoria’s health department quickly stood up large numbers of ‘pop-up’ testing sites to help reduce the pressure on the creaking hospital system. But there was no digital system to support it.

The Test Tracker developed by Hodgkinson and his team was designed to allow the registration of testing results using any mobile device.

Once citizens are registered, the system supports accurate tracking of test samples using QR codes through to 19 different pathology labs. Test results received from the labs are matched with citizen data in department’s contact tracing systems to enable, for the first time, recording and reporting of the end-to-end test, trace, isolate process across the large number of organisations involved state-wide.

“This was a significant and difficult technology innovation in Victoria due to the intense time pressure, the complexities of integrating many different health services and pathology organisations and systems, frequently changing operational needs and stringent security requirements,” Hodgkinson explains.

Test Tracker was a critical enabler of Victoria’s ability to quickly launch new testing sites and to scale up testing from a few thousand to more than 45,000 tests per day.

Hodgkinson relates how this approach meant the department was able to build an MVP solution in quick time, which he and his team were able to refine iteratively over 42 weeks.

“The capability to carry out such rapid and sustained iterative development proved to be crucial to support the continuous evolution of testing and contact tracing practices and operations as the pandemic evolved,” he says.

“The fact that Test Tracker was so easily and quickly enhanced enabled the contact tracing teams to fine-tune the data collected at the time of testing to respond to policy changes and support case and outbreak management decision making."

Its effectiveness was quickly recognised by both South Australia and the ACT, which requested access to the code under an open-source agreement to jump-start scaling up of their COVID testing operations.

Multiple iterations of COVID-19 contact tracing systems were also delivered on Microsoft and Salesforce platforms. A PPE management solution was created for ServiceNow, as well as a state-wide vaccine management system on Dynamics365 and QR code digital visitation recording. Several case management and compliance systems were also developed, including for hotel quarantine, border permit exemptions and welfare visits to people in isolation.

Hodgkinson recalls that at the onset of the pandemic it was difficult to know where real leadership was expected to come from. Not only were there large numbers of decision makers, but they seemed to be constantly changing too.

“New decision makers often brought the technology preferences of their previous organisation. Nobody had the time or inclination to read policies, standards, methodologies or to work through established processes and governance arrangements. Consulting firms were everywhere, each with their own agenda, preferred technologies, and approach.”

“Everyone thought that ‘they know best’ and empowered themselves to make decisions whether they had the knowledge and experience required or not, because of the exigencies of the situation.”

With so much confusion, especially with regard to who was supposed to be in control of a situation quickly spiralling out of control, Hodgkinson and his team resolved that they would exert their influence by “doing”.

Yet he admits at the times the whole situation was “quite overwhelming”, made more difficult by the limitations of remote work and “the loss of many of the face-to-face interactions that enable personal influence.”

In response, Hodgkinson decided the best way for him to have influence personally was to enable “distributed leadership."

“My observation was that the CIO's influence was best demonstrated by the way that the people of the BTIM branch conducted themselves and the way that they deeply partnered with line-of-business teams to deliver practical and useful advice, services, and solutions.”

He still engages with the traditional formal and informal mechanisms that have stood him well over the years, such as board presentations and papers, committees, governance, and planning processes, thought leadership, one-one discussions with executives, inter-jurisdictional meetings and the like. But among the many lessons he’s learned throughout the pandemic is that there are limits to how much you can really exert influence and achieve any sense of control in times of crisis

“The past year demonstrated to me the fragility of positional authority and the futility of believing that it is possible to personally influence everything on your patch".

Yet it is possible to control the extent to which you’re able to properly execute projects, which is the most powerful way to communicate the value of what you’re doing.

“The bottom line is that the best way to view technology leadership in a large complex organisation is through the lens of execution. While many people may have an opinion, few have a track record of repeated successful delivery.”

“This isn’t necessarily acknowledged all the time, but as new executives in the department gained experience they came to understand that delivery isn’t as easy as it may have first appeared.”

Hodgkinson stresses that the influence he and his team are able to exert stems primarily from their reputation across the organisation as people who actually get things done, with minimal fuss.

“This is the reason that I often say to my teams that our digital transformation strategy is simply to ‘Keep Calm and Do Useful things Better”.