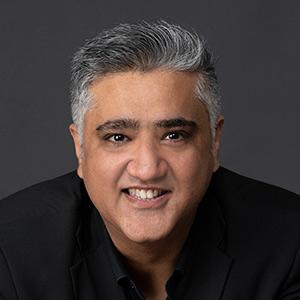 As the CIO of Sensis / Thryv Australia, Aman Sahani has had first-hand experience of the ruthless disruption experienced by the media sector in the transition away from trusty print to the challenging new world of digital.

Sensis is one of Australia’s leading platforms and marketing services companies, best known as publishers of the iconic Yellow and White pages, which dates back as far as 1880.

Formerly owned by Telstra, Sensis was bought by US software company Thryv in March 2021, and rebranded as Thryv Australia in September.

“Over the past few years, the legacy print media business has been declining year-on-year. This was driven by market conditions as well as a fundamental and generational shift in consumer behaviour related to consumption of marketing and advertising products. It was imperative for us to pivot,” Sahani tells CIO Australia.

Central to the company’s business transformation strategy was development of a SaaS platform that would enable Australian SMEs to attract and win new business, while being able to manage their reputations online. It also needed to provide a digital vehicle for Sensis’ marketing services business and, of course, generate new revenues.

“To bring this vision to life, it was key that we leverage all our data assets as well as create a partner ecosystem which provides best-of-breed functionality and choice to our customers, interconnect them through a central data backbone and bring them together in a seamless customer experience,” Sahani explains.

But the current IT environment was far from ready.

The business was held together by applications – many of which were legacy – that were tightly coupled with no standardisation. This often meant that even small changes had knock-on effects across multiple applications that were difficult to track.

Seeing what needed to be done, Sahani led the IT team to lay the foundations for Thryv Australia’s Sensis’ ‘Digital Transformation Strategy’. The idea was the create a “future proof” architecture, he explains; one built to support the reuse of assets, greater speed to market, lower costs of ownership and with greater scalability and resilience.

The first step was to create APIs for all of the company’s systems in order to create a layer of abstraction and federated data catalogue.

“This was beneficial as we could focus on unlocking the business domains when required as the data was readily available for consumption in the abstraction layer,” Sahani explains.

For example, the customer process API combines information from Thryv Australia’s CRM, billing platform, ROI engine and data warehouse to expose all information held on a given customer, which can then be accessed by the company’s SaaS platform or any other application or system in our internal and partner ecosystem.

The results were compelling, with an independent assessment revealing a 25% improvement in ‘development velocity’, while ‘maintenance effort’ fell by a whopping 80%.

Furthermore, the consolidation and decommissioning of multiple integration platforms saved Sensis $500,000 in annual license costs, while a further $250,000 was saved thanks to a 33% increase in the reuse of APIs.

Within eight months, Sahani and his team integrated 15 applications and developed 30 APIs from pilot to production.

All of these efforts paved the way for the launch of Thryv Australia’s SaaS platform in Australia in just 62 days, culminating in it being awarded the 2021 MuleSoft Digital Transformation Award Japan & Asia Pacific.

Sahani and his team also guided the company to now being 100 percent in the cloud, the next step in its digital optimisation journey which has seen the introduction of DevOps practises and applications shifted from EC2 instances into containers and lambda functions. This has seen Annual AWS spend cut by 15%.

But the biggest saving came from the retirement of 26 systems over the past two years and the migration to ‘core platforms’, which has cut $3 million in annual spending thanks to better resource utilisation and removing the need to ‘swivel chair’ and  train front-line staff on multiple systems.

Specifically, customisations were removed, along with ‘out-of-the-box’ functionality such as omni-channel and skill-based routing, improving resource utilisation by 50 percent. Flow-on effects from these changes included a 95 percent reduction in open incidents and orchestration errors, a 53% drop in system-related customer complaints and 48% decrease in rebates.

Sahani reflects CIOs need to think vertically and laterally if they are to exert genuine influence on the organisation. But the key thing is trust.

“One of the key ingredients for success when it comes to influence is trust, and the best way to build trust is by being transparent and bringing people along on the journey,” he explains.

“It is about making sure that individuals have a say and their input is valued, regardless of their level of seniority.”

When he joined Thryv (then Sensis) in December 2018, he discovered the engagement score for IT was a lowly +35.

“One of the first actions I took was to create a shared vision and establish an IT strategy which was aligned to business objectives. Setting up an aligned roadmap enabled teams and individuals to be a part of the bigger picture and clearly identify the role that they played in delivering successful outcomes.”

Another important change was empowering the teams to ask the ‘why’ first rather than focusing on the 'what' and the 'how' as was the case previously.

This saw the tech team become more involved in solving real business problems, including one project which saw keying times for a new product halved by exploring new capabilities rather than copying existing implementation procedures.

The upshot for Sahani and his team has been a 90 percent lift in engagement to +72.