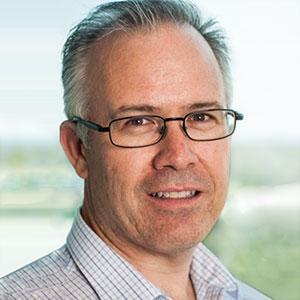 NSW Police’s chief information and technology officer, Gordon Dunsford has some very clear advice for any tech leader: don’t listen to IT analysts and vendor salespeople. Those people have never walked in your shoes.

“It’s is truly a hard job, in particular in an organisation like NSW Police. I was the CTO for IBM across Asia; I’ve been the CIO in a number of other organisations, and I can unequivocally advise any aspiring CIO what not to do," Dunsford says.

“Know your industry and customer, listen and reflect. Any good CIO will be able to identify themes and pain points of their organisation and will pull together a sound strategy and roadmap to remediate and resolve".

Working for the NSW Police Force, like other policing organisations or the Australian Defence Force, is a challenge for anyone who joins from the private sector, says Dunsford. Influencing anyone from the Commissioner right down to the Constable is only done by credibility through delivery.

“As a new CIO, you get little to no honeymoon. You must see the long-term goals you need to achieve quickly, but also iteratively deliver within months of joining.”

At NSW Police, Dunsford has taken a ‘platform approach’ to everything the tech team does. This means have not more than half a dozen platforms that can be used to build new initiatives at speed.

“I built a strategy and roadmap in early 2018, which included a new operating model that encompassed people, processes, and tools. Almost four years later, dozens of applications have been built on our platforms.

“This has allowed NSW Police to respond at speed to bushfires, major investigations, as well as the last 18-20 months of COVID because our people, their skills, and funding are all aligned to our platforms,” he says.

One specific platform manages the vast majority of NSW Police’s response to COVID built on it. It handles quarantine for citizens returning from abroad, border operations, and now the Delta variant outbreak to deliver regional permits as well as QR code scanning, public health order compliance checks, and analytics that have been fundamental to contact tracing efforts with NSW Health.

NSW Police’s crowning glory is BluePortal, a platform that is used by 23,000 cops and other staff to access hundreds of products and services that help with their jobs. These include corporate support-related items such as personal protective equipment, helicopters (PolAir), drug dogs, requesting digital evidence and information from other law enforcement agencies nationally and other states, as well as data from carriers, airlines, and travel agents.

The platform also boasts an operational risk assessment tool called CREWS. This enables users to combine police assets, locations and human target information such as warnings, providing police with the safest operational orders on how they should undertake an operation such as a search warrant.

“CREWS is about police officer safety and we believe, as do police in other jurisdictions, it will facilitate more police going home alive to their families after conducting some of the most high-risk activities of any job one can do,” Dunsford says.

He can now claim to have a reputation that cuts across police rank and hierarchy; one that is credible because he gets a quality job done at speed, which is largely achieved through the alignment of platforms and people.

“No ask is too big, small or complex; we are always there to assist even with investigations of some of the most heinous crimes imaginable. Prior to four years ago, this would be something that IT people at NSW Police would never be asked to assist with,” Dunsford says.

And although admitting he's often exhausted, he's proud to be helping police keep the community safe.

“I’m sure that I and all of my team members will one day leave NSW Police but they will leave it in such a better place with the technology capabilities where they need to be".