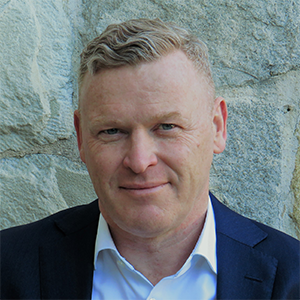 Almost 10 years ago, Richard Hilliard inherited a technology program that had gone off the rails. It had the hallmarks of a failed project, significant time and cost overruns, a disconnected user base and misaligned executive team.

But thankfully he was able to lead the team to ‘re-baseline’ the plan and drive the program through to launch.

“We had a bumpy landing. Under significant pressure from an executive team who just ‘wanted it done’, we elected to launch with some features incomplete while also choosing a big bang release migrating our entire 1000-strong user base to the new system over the course of an Easter weekend,” Hilliard says.

From an implementation perspective, the plan went smoothly, and the team successfully executed the implementation, checking tasks off diligently and launching on time.

However, cracks started to appear when users arrived back to work after the holiday.

"Key business features were missing altogether, training was incomplete, and the business effectively ground to a halt while my team and I scrambled to deal with the issues," Hilliard recalls. "It was clear that the ‘signed-off’ requirements that I had inherited when I started the role were far from what was needed".

In retrospect, proceeding the way he did was clearly a mistake.

“The entire episode was one of the biggest learnings of my career. In terms of lessons learned, it has completely shaped my approach to delivery in my current role.”

Hilliard is now chief technology officer at My Plan Manager (MPM), a company that helps more than 20,000 Australians get the most out of the funding they receive from the Federal Government’s National Disability Insurance Scheme (NDIS).

During his first year at MPM, Hilliard was responsible for the organisation’s future technology strategy and architecture. From the outset, he has led several innovations that have transformed elements of the organisation’s operations and delivered significant business benefits.

The onboarding and renewal process for clients was previously a highly complex and time-consuming activity. Characterised by errors and processing delays, it required multiple points of data entry across internal systems and government portals, as well as a large internal team to manage.

Hilliard and his team introduced robotic process automation (RPA) software to streamline this process, reducing the amount of data entry required by more than 85%. He says this solution is unique in the sector, allowing MPM to process $907 million in claims in 2020/21, around 50% more than its nearest competitor.

Since its launch, more than 4,000 transactions have been processed across the organisation’s ‘client and welcome’ teams. What was previously a 40-minute process has been reduced to around five minutes.

“This equates to a saving of eight full time equivalent staff per day. This has freed our existing staff from mundane administration so they can focus on value-add activities that contributes to clients’ goals,” Hilliard says.

MPM processes more than 7,000 invoices for its customers every day. Most of these arrive by email as a PDF, images, or photographs of handwritten receipts, which can make the process highly inefficient.

While a foundation OCR implementation was in place when Hilliard arrived last September, he identified further opportunities to improve automation and reduce the amount of manual data entry to process a claim with the National Disability Insurance Agency (NDIA).

Working with a partner, Hilliard employed artificial intelligence and machine learning technologies to increase the volume of claims MPM can automate. The solution has been enhanced to identify and append missing information on the invoice such as NDIS reference, support code and client name – all vital information that is required for a hassle-free claim experience.

Using this continuous improvement approach, Hilliard has ensured the organisation can process up to 25% of total claim volumes without the need for any staff intervention.

“MPM can now pay providers within 24 hours. In an industry categorised by small providers highly dependent on cashflow and quick payment for the success of their businesses, it is a critical driver of advocacy from providers and a vital metric for the future growth of the organisation.

“This level of automation has reduced the need for MPM to hire new staff to manually process claims as the company continues its strong growth,” he says.

“By using technology to identify and close these immediately, we reduce the amount of work arriving in the account team queue. We can also ensure other requests such as bank details changes, remittance requests and other service requests are automatically routed to the right area to minimise delays in actioning,” Hilliard says.

MPM is a high-volume transactional processing business that deals with more than $4 million in NDIS claims daily with an executive board that understands the importance of technology in helping the business grow.

But when Hilliard joined, engagement between technology and the business was poor and had been categorised by weak change management and communication. The led to staff feeling in the dark about technology change, exacerbated by regular outages and solutions that didn’t hit the mark. This created a disconnect between what the business actually required and what the technology team was working on.

Hilliard says when he arrived at the organisation, he put forward a 30-, 60- and 90-day plan, which he shared with the board to ensure they were clear on what he wanted to achieve and so that he could be held accountable.

In the first 30 days, he formed an opinion about where the opportunities and risks were for the business.

“I had to understand how things worked day-to-day. To gather information, I had coffee catch ups with as many people in the business as possible – my team, other execs in the organisation, the sales, operations, and finance team.

“I spent time with individual partners of the business to understand what they did. I attended ops meetings, listened in on customer calls, and observed and enquired about every facet of the business. This allowed me to quickly pick up on common themes, but most importantly, I was able to build real rapport with the rest of the business.

“I really wanted to demonstrate that I’d listened and understood conversations at every level,” says Hilliard.

With relationships established, Hilliard then focused on the governance that was in place and how technology is discussed at a board level. But governance was fragmented, managed by multiple steering committees with a narrow focus.

Earlier this year, Hilliard lobbied to change this and how holds combined strategy and technology executive and board meetings every month.

“This has been a game changer in ensuring the technology decisions and projects are debated in the context of the strategic goals of the organisation. And this way, the technology team and business have absolute clarity on why a particular project is being undertaken and they key performance indicators that we are trying to achieve,” he says.