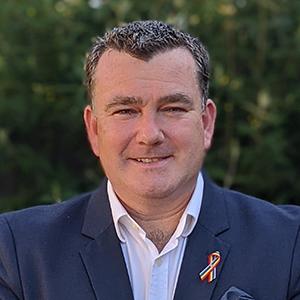 The Australian cinema industry used to contribute $2 billion to the national economy, with 60% of staff 'young workers', and mostly female.

But since the onset of the pandemic it has lost 80% that value, creating turmoil throughout and leaving executives scratching their heads as to how to retain patrons, create new channels and experiences, and do it in a contactless and COVID-safe way.

Village Roadshow’s chief transformation officer, Michael Fagan and his 100-strong team were thrust into the frontline of the cinema giant’s response.

With no time to lose they quickly developed the ‘Living Ticket’ app.

A world-first, according to Fagan, the app is charting the next generation of digital tickets, providing complete synchronisation between all aspects of the cinema experience, for doors open, to lights, curtains, trailers and the actual start of the movie. It’s also fully accessible for those with disabilities.

Fagan tells CIO that he and his team realised that what customers wanted was an interactive cinema ticket providing live data about their session, allowing them to control their cinema experience, including whether they wanted to see ads and trailers.

No doubt a welcome development for all cinema goers – COVID restrictions or not - the Living Ticket app also lets them buy food and drinks. A novel take on the burgeoning ‘click and collect’ concept, Village customers can opt to receive their food via a lockers, or have to delivered to their seats.

This innovation was launched as part of the opening of the new Cinema complex at M-City in Clayton, Melbourne - putting added pressure on the development team with a hard deadline.

Before joining Village Roadshow, Fagan spent 15 years at retail giant Kmart, most of that time as general manager, and two years as chief technology officer.

He tells CIO the experience saw him acquire valuable experience devising technology education programs, through which all executives – not just IT – had to progress.

“This programme is continuing now in Village, and has been expanded to include CX (Customer Experience) training and formal University qualifications,” Fagan says.

So far a pilot group has undertaken the first course with ‘CX Academy’, which entails a three-month university course in CX leading to a formal qualification.

Determined to instil the deepest possible appreciation and application of CX at Village Roadshow, Fagan’s next key mission is to expand the academy across the company’s executive group.