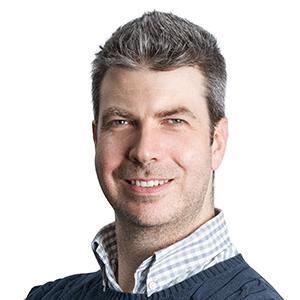 As a technology-driven business that helps organisations find the best energy providers and plans for their circumstances, it was incumbent upon Energy Action chief technology officer, Clint Irving to tailor an intelligent, data-led architecture that would ensure the company could deliver on its promise.

And with emissions reduction now front and centre in business, political and social discourse, he and his team were driven even further to succeed.

“A single supply point will have asset data, spend data, and up to 105,000 meter-data points to increase service speed and accuracy.”

Using AI capabilities from products like Microsoft Form Recogniser, Irving and his team were able to cobble together a solution that increased both speed and data accuracy.

“Using AI to manage data receipt and normalisation means the software adapts to data-format changes. Non-technical staff manage exceptions (where the AI doesn’t recognise a data format) and train the software to use new models,” he says.

This has freed up Energy Action’s software engineers to focus more on building and enhancing new software at scale instead of merely managing inputs and outputs.

But in order to foster the sort of environment where such innovations were possible, Irving had to first rationalise a highly-disparate and complex legacy environment, which included outdated on-prem versions of Microsoft CRM and Financials.

One of his first goals was to migrate infrastructure setup from over 20 private and physical servers to Azure Cloud, a feat and his team managed in just three weeks.

Hardware and maintenance costs have now been greatly reduced, backups now routine and easy to restore, while, importantly “in summer, our server room no longer overheats.

Energy Action estimates that Irving and his team have saved the organisation more than $1 million in tech-related expenditure.

As with so many other CIOs, Irving had to juggle a major transformation project with a company-wide pivot to work-from-home in response to COVID-19.

Energy Action has offices in Sydney, Melbourne, Brisbane and the Philippines, which created numerous headaches once pandemic lockdowns took hold in Australia and abroad, Irving relates.

His response was to create a single-office environment across the company’s network, ensuring that users all have the same experience, something that wasn’t the case before the pandemic.

“We can now seamlessly operate from home and the office. Team members have faster access to our applications, and they use them the same way, which makes training and cross-skilling easier,” he says adding that it’s also easier to swap activities between staff in different offices.