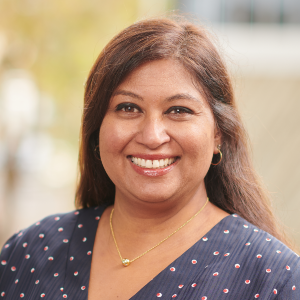 Water and waste are among the biggest challenges facing Australians today, with a perennial dearth of the former and abundance of the latter.

Seeking to harness and scale their respective capabilities, the previously independent utilities of City West Water and Western Water were merged in July 2021 to create Greater Western Water, which covers the entire western Melbourne metropolitan area reaching as far north as Lancefield in regional Victoria.

Placing fifth in this year’s CIO50, GWW chief information officer - and still CIO of City West Water - Jennifer Rebeiro and her team not only led the amalgamation of two large and complex digital ecosystems, but they did so without skipping a beat to ensure the two entities continued effective operations up to the consolidation and beyond.

“This required significant influence, evaluation and a deep understanding of what was strategically important to GWW’s future,” Rebeiro tells CIO Australia.

“A substantial amount of planning, negotiating, and prioritising for the two technology environments was required. It also required a significant investment in people uplift including resourcing and coaching.”

Melbourne is now one of the fastest growing cities in Australia, with regional Victoria also on growth tear as more people seek alternatives to busy city life.

Critical in managing and sustaining large – and shifting – populations is a highly capable and responsive water utility.

For Rebeiro and her team, bringing the City West Water and Western Water systems together to play nice so that they delivered for people, businesses and communities was one challenge. Actually protecting them was another as she contemplated the alarming rise of cyber threats spurred by the pandemic.

Like so many CIOs and CISO contemplating the evolving security environment, Rebeiro started thinking more about the ‘people’ in her organisation as ultimately being the “first line of defence for cyber security”.

But then how do you get through to them the importance of security awareness and hygiene? How do you change their behaviour?

Rebeiro started by changing the language from ‘cyber security’ to ‘cyber ‘safety’, with the aim of making it more personal and relevant not just at work, but at home too.

But the real 'aha' moment came when she and the team realised they could 'gamify' cyber security awareness.

An interactive maze game was created with players traversing three levels designed to impart best practices for keeping their information safe and secure online. People were also encouraged to compete against each other to get through the levels the fastest.

“More importantly, we didn’t just want our employees to play the game, we encouraged the game to be played by our employee’s families and friends, therefore contributing to a general societal awareness for Cyber Safety,” Rebeiro says.

Within two weeks of launch, 20% of GWW staff had downloaded the app, which had started trending in the Apple and Google Play app stores.

Rebeiro stresses that real outcomes are achieved by focussing on outcomes, rather than applications alone.

Driven by this belief, she and her team developed what they call a Business Process as a Service capability which specifically delivers innovative, value-creating initiatives across the business.

“This is a great return in any business but an absolutely fantastic return in a government enterprise,” she says, quite rightly.

One of the initiatives concerned the onboarding of GWW’s new trade waste customers. Think of a local fish and chip shop needing to deal with its waste in an environmentally friendly way.

GWW’s existing processes were manual and cumbersome, while there wasn’t a centralised view presenting all the trade waste applications, Rebeiro notes.

She and the team applied their BPM capabilities to digitise the onboarding process which allowed for hand-offs to be managed between work areas, better visibility of cycle time reporting, single view of customer applications, centralised documents against case records and created integration for customer information via an API.

All up GWW was able to reap more than $100,000 in workflow and case management efficiencies.

Rebeiro says no less than 25 “data and analytic” initiatives were completed at GWW in the 12 months to June 2021.

Among those she and the team are most proud of involved harnessing data to better identify customers experiencing hardship.

Previously, a hardship prediction model had been developed which was based on ‘purchased market data’ but this was at a significant cost and not yielding the right information in a timely way to continuously identify at risk customers.

They ran a proof of concept to explore whether applying Census data to supplement existing data sets would deliver the insights they were looking for.

These data were then incorporated into GWW’s CX dashboard allowing operational managers hone in on things like; hardship cases by suburb, supported by maps showing graphics of the scale of financial risk and quantum of customer by suburb; total customers in hardship; and financial impact of those in hardship.

The result has been that operational managers can now act and reach out to customers with offers of financial assistance while contributing to better financial management and planning for GWW.

“This information is of great benefit to the organisation and truly demonstrates our commitment to our customers by proactively identifying and working with them during a difficult time,” Rebeiro notes.

Most CIOs talk about the need embed digital thinking within their organisations, but not all achieve it.

Faced with the task of bringing together two large and largely disparate organisations, Rebeiro and her team recognised the opportunity to enshrine the principles of “digitalised integration” across the organisation.

“This was a great opportunity to embed digital thinking into the changes that would be required for GWW, such as continuously thinking about ways to optimise our current business processes, build new capabilities, and consider digital solutions rather than trying to merge two organisations’ manual processes into a new manual process.”

“Having this Digitalisation as an overarching principle provided the framework for identifying what the GWW systems would be.”

A list of 40 applications were evaluated and split into three themes:

- Where the same application is used in both organisations, we will consolidate into one

- Where two different systems were used, we select ‘best in organisation’

- Systems that no longer met the future intent of GWW we would identify and acquire a new ‘best of breed’ system.

Rebeiro says that having this clear and simple framework in place helped engage the senior leadership team in the system identification process, while helping to influence her colleagues in the executive team regarding which was the best system for their business function.

“Finally, it helped influence and gain support from the Joint Transition Sub Committee of Board for technology selection for GWW.”