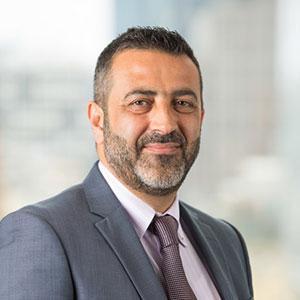 As one of Australia’s leading healthcare providers and insurers, Bupa Asia Pacific faced extreme challenges with the onset and perpetual morphing of the COVID-19 pandemic.

And as with many of his peers in the healthcare industry, chief information officer Sami Yalavac was charged with driving an extensive program of digital initiatives to support Bupa and the many who depend on it for their wellbeing throughout the crisis.

The first task back in early 2020 was to shift more than 4000 staff – including those in contact centres - to remote working environments, all within a fortnight.

But that’s when the real work began.

Next, Yalavac and his team turned their attention to driving a number of important customer-led innovations, at a time when many organisations were still trying to find their feet.

Bupa’s optical customers were given access to artificial intelligence-enabled eye tests and tailored reports it says break new ground in the early detection of eye and general health problems such as diabetes and heart disease.

Dubbed the EyeInspect test, it compares patient’s eyes with a database of more than 10 million retinal images to check for similarities that indicate potential health issues.

Yalavac recognised from the outset the importance of following research and development processes closely and recommended the business formally integrate this into its Optical retail offering. It made sense as the business already had the right clinical equipment to validate it without further investment.

The power of EyeInspect lies in the fact it can quickly determine a great deal about patient’s health without being invasive, while showing exciting applications as a clinical tool for borderline cases.

“As the technology matures, it will provide further value in a larger list of detectable diseases. We see this as a potentially ground-breaking tool for creating a more integrated healthcare experience for customers,” Yalavac tells CIO Australia.

“It creates deeper health conversations between the clinician and patients by expanding consultations beyond eye health and into general health. It has already proved to be a lifesaving intervention for some customers.”

Under his leadership, Bupa was also able to stand up a virtual reality (VR) system for delivering physiotherapy exercise plans to health insurance customers. As part of the treatment process, patients are paired with a clinician via telehealth who designs a treatment plan with VR exercises to make the experience fun and engaging. Throughout the program, clinicians monitor patient progress through a real-time data-driven dashboard.

A key player in the growing aged care space, Yalavac says Bupa was the first provider to introduce sensory gaming systems designed for people with cognitive challenges, including dementia. The Tovertafel system helps conquer apathy and increase positive emotions through play while also improving the relationship between carers and residents.

“This technology enables Bupa to provide the best possible care for residents who are living with challenging health conditions and are nearing the end of their lives,” Yalavac says.

“It also provides resident’s families peace of mind that loved ones are being looked after and invested in [while engaging] aged care employees and [upskilling] them in technology.”

The past 12 months, Yalavac and his team have led Bupa away from its traditional functional models for doing things and to what he describes as a “cross-functional, product-based delivery model” that’s aligned to the business.

“This engendered a transactional relationship where the technology team operated as a ‘support function’.”

The new operating model would create a “world-class” technology function focussed on delivering an “extraordinary customer experience” in partnership with Bupa staff to optimise business outcomes.

To bring this operating model to life, Yalavac sought and received collective buy-in to the change and its rationale, instilling confidence in the team to embrace the “fusion team” structure, to and work more proactively and collaboratively with the wider business.

As well as trying to bring IT and the business closer together, Yalavac saw opportunities to strengthen the culture within his own team.

This was largely achieved through the definition and roll-out of the ‘technology leadership attributes’ deemed as critical to the success of the new operating model.

They include things like keeping customers at the heart of delivery and design; being innovative and growth-oriented, and always open to new way or working; commercial savvy with an understanding of the business context and financial drivers; being agile, responding to change quickly, focussing on speed and pace, not perfectionism; and being empowered to take action and be accountable.

In March 2021, with the continuous focus on bringing the new Operating Model to life, Sami conducted a Pulse check on how leaders were feeling about the Operating Model change, and if they were in a position to positively influence their stakeholders.

The results were impressive indeed:

-       82% said their leader was exhibiting the right behaviours to lead and support the change.

“The change management approach was unique to each team, based on their starting point and the individual style of each TLT member,” he explains.

“This unique approach honours the original intent of the model to have teams run as if they were their own IT department with their own CIO, and ensured that teams didn’t lose sight of the function’s overall ambition.”

Despite all the change and uncertainty, there was a two-point increase in the overall employee engagement score, moving Yalavac’s team score to 77 and placing it within reach of the top 10% of companies globally.

“Through the success of this model, technology has a more active ‘seat at the table’ at a strategic business forum at the executive leadership level and is therefore able to influence decisions,” Yalavac says.