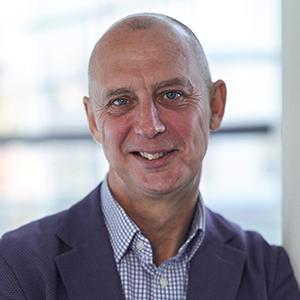 Austin Health (AH) is amongst the largest healthcare and university teaching providers in Australia and the world.

And with its headquarters in Melbourne, AH’s executive, clinicians, nurses and support staff, and of course the IT team, have as acute a sense of the chaos and pain wrought by COVID-19 as anyone.

The city accounted for a large share of infections – and deaths – while earning the dubious distinction of having the world’s highest number of days in lockdown.

Already on the path to digital transformation before the pandemic struck, AH had significant existing deployments of Microsoft O365 and Azure to support its response.

One of the first steps AH director of IT services, Alan Pritchard led was to roll O365 out to all of its 11,500 staff, making it the first Victorian health organisation to go all in with the cloud-based suite. Soon after, Microsoft Teams was rolled out to 8,500 staff in one weekend.

The roster of new applications and programs Pritchard and his team subsequently managed to stand up as part of AH’s ongoing pandemic response were key to maintaining its operations, many of which are absolutely critical.

Next cab off the rank was a dedicated COVID19 SharePoint Intranet for staff information which has now received close one million visits, while AH’s first all-staff webinar which has enabled thousands of staff to log in and connect regardless of where they are.

Vaccine management was given a massive boost thanks to two new ‘PowerApps’. Deployed in seven days, the COVID version has been used to record 109,562 vaccinations reducing labour costs and improving infection control compared to the available, initially paper-based, alternatives.

And a digital workflow solution has greatly empowered the AH endoscopy department by allowing staff to process referrals remotely.

Created using Microsoft Forms, they’re sent to a SharePoint list for processing with the upshot being fewer incomplete referrals, less paper, an auditable activity log and overall better efficiency as referrals are visible from anywhere.

With the Azure tenancy nailed down, Pritchard and the team implemented a novel framework for operational AI leveraging Azure Databricks. The model keeps data in AH’s Azure tenancy and provides a secure framework for external data scientists to collaborate on AI models, while everything runs in the background with outputs presented in AH enterprise systems.

A second project trained and compared 9 algorithms on 6 models using a dataset with 180,000 data points, each with 300 features. Models ran in 3 days with a total compute cost of $314.

“These apps helped citizens to access reliable advice, answer screening questions before entering hospital and communicate with doctors after a swab,” Pritchard says.

As of writing close to one million visitor and staff surveys have been completed at hospital entry, speeding entry, improving contact tracing and saving hundreds of labour hours. More than 61,000 patients received remote care via these apps through daily questionnaires, with some also using an AI enhanced Roth test or entering data from an oximeter to assess breathing. In addition, contact tracers at the AH led Northeastern Public Health Unit supported 5,864 close contacts of COVID cases using these tools, saving approximately 40 minutes per interview and around $200,000 worth of labour costs.

Bedside to the board

This allowed the AH radiology department to send more than 30,000 digital pre-appointment questionnaires, greatly boosting remote engagement with patients, including many over 85, submitting timely and accurate health information and reducing appointment cancellations. The number of patients failing to show for MRI appointments fell by 50%.

Almost 200,000 SMS messages were sent out by outpatient and surgery departments to confirm whether patients would attend via phone, video or in person. As well as confirming attendance, the messages also allowed patients to request telehealth system training. All up close to 50% (90,838) engaged digitally, improving service, saving a whopping 90,000 telephone calls and up to 9,000 labour hours.

Most tech leaders in healthcare would agree that COVID-19 has elevated their position and status within the executive, perhaps more so than most other sectors.

Yet Pritchard isn’t one for resting on his laurels, constantly affirming for himself and his team the importance of building trust from the “bedside to the board."

“In building solid relationships, and communicating well and quickly, misunderstandings are eliminated, and common ground established,” he says.

“This messaging is supported with an easy to understand “strategy on a page” and a comprehensive 5-year transformation plan that is updated annually. Together these provide a framework for IT and the business to collaborate, problem solve effectively and make quality decisions.”