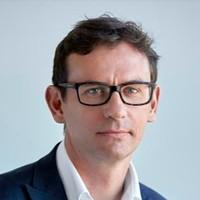 When Seven West Media took back its digital rights from Yahoo in 2018, the company started building the 7plus platform. Two years later, the platform and the team managing it were starting to experience pains.

“The platform was fragmented and well below competitors in the market; our team was operating internally in silos and siloed from the commercial and other areas of the broader 7plus business. Under delivery, lack of stakeholder management and lack of trust was a common theme,” says director, product solutions, Will Everitt.

Everitt stepped into to take 7plus to the next level after transforming Pacific Magazines, the publishing arm of Seven West Media, into a high performing digital product.

He formulated the Agile Target Operating Model (ATOM), which was executed over six sprints of one week each. Each sprint uncovered the challenges and helped to formulate a strategic recommendation in a collaborative and lean approach.

Everitt began a three-phase approach to improving 7plus. Firstly, he revised the organisational structure to simplify and reduce internal silos and rebrand the department from ‘product and technology’ to a ‘product solutions’ department.

Secondly, he established product and lifecycle principles and practices to provide greater transparency and help create an aligned product strategy to build trust with the wider organisation. Thirdly, he focused on lean and high-performing workstreams to reduce waste and prioritise things that matter.

“Prior to the ATOM project, a ‘cost out’ of the digital business had significantly reduced the number of engineers. Inevitably, the organisational changes in culture, principle and practice resulted in further attrition, which occurred during a market severely impacted by COVID,” Everitt says.

In addition, a major milestone, the rescheduled Tokyo Olympic Games was looming on the horizon. Everitt needed an innovative solution to increase product development capacity.

“I tried one web engineer in Europe to see if the distributed team could work well. The experiment was a success and I continued to replace engineers that had left the company with capacity in the European tech hub.

“The blended team structure allowed the team to meet delivery commitments, burst capacity and afford the team time to select local replacements with the right attitude to carry the department forward,” says Everitt.

He spearheaded an ‘experience evolution’ strategy for 7plus, which was an incremental revamp of the user experience. The interface was refactored, he ensured there was feature parity across the platform, which created a better experience for the consumer, particularly during the Olympics.

Everitt says he often looks to build a culture of innovation and experimentation in a safe, iterative, and controlled manner: “When I was looking for a solution to allow the 7plus audience to enjoy a recap of the Olympics, the newly-created AWS Channel Assembly solution was an experiment worth trying".

Following a short proof-of-concept, a ‘Big Brother’ virtual channel was created and quickly attracted a large audience. This technology was used to create multiple sport channels for viewers who may have missed out during the Olympics.

This year, 7plus also achieved its biggest streaming day ever, which was three times more than the previous record, Everitt says.

“This year, 7plus was also the number one downloaded app in the App Store and Google Play. We also increased verified registered users by 2.8 million (from 6.4 million users to 9.2 million); and increased the team capacity by 45 percent to a blended team of 71 engineers, product, user experience and delivery professionals across Sydney, Melbourne, Hong Kong, and Belgrade,” he says.

Everitt has a golden rule about immediately addressing technical debt within a platform. He does it ‘quarter-by-quarter’ as a sure way to establish the sustainability, longevity, and agility of a high-performance platform.

The technology stack for Pacific Magazines’ digital platform was inherited by his team. Numerous optimisations were made to ensure it was stable and resilient, which included introducing AWS Cloudfront to help it scale at the front-end.

The stack was built on a legacy version of Microsoft Azure and had limitations in terms of auto scaling and resilience. It was a major project to upgrade to the latest version of Azure and it was the same effort to migrate AWS away from Azure.

“I had established a very effective product audience strategy, leveraging organic traffic that meant the audience grew 98% over a two-year period.

“Over the next couple of quarters, our next main business goal was to grow commercial revenue from video content and build out a video network across our digital ecosystem. Therefore, we had a priority conflict between building the video network versus migrating to a new cloud technology,” Everitt says.

As a compromise, Everitt decided to build the MVP video network product and complete a proof-of-concept for the cloud migration. He says that there was a lot of pressure to achieve additional digital revenue from the video content.

“It seemed like a good compromise, but I would have purely focused on the cloud technology migration with an unstable platform, which could have resulted in revenue loss. This is no point in having fancy features if the service is not available. That was my big mistake.”

Due to the audience strategy working better than expected, there came a point when the digital infrastructure started to creak at bigger sites, which resulted in a couple of significant outages, he says.

At this point, he fast-tracked the cloud technology migration project with the assistance of AWS and Kablamo. The project was undertaken over three months and the largest site was migrated within a month of the project start.

“I learnt that I need to always stick to my golden rule of addressing technical debt early and often," Everitt says.

This has been at the forefront of his thinking for products and platforms at Seven West Media, particularly 7plus. The product uses a simplified architecture, innovation with cloud services, efficiency with unified code, and high-performance engineering.

“This was invaluable for the Tokyo Olympics where the majority of the Australian public interacted with the 7plus streaming products, which proved the scalability of the platform,” he says.