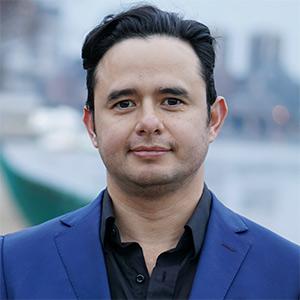 The Not-For-Profit sector rarely surfaces in conversations about the cutting edge of innovation.

And it’s this underdog status that Raul Caceres, GM data and technology with youth cancer charity, Canteen has made it his business to address for the past two years, leading a team applying digital tools to improve quality of life for an often-underserved cohort of Australians.

Joining Canteen in 2019 after a three-year stint working in the US for youth justice group, Peace First, Caceres identified several key issues that needed to be resolved before starting the job of creating a modern data architecture capable of delivering.

A “new” CRM had become a “failed project” resulting in data not being trusted and major data integration issues, while other tech projects were failing to deliver on time or on budget.

Various digital assets were sitting with multiple agencies and on numerous technologies making it hard to launch new features. And confirming the ‘digital’ stereotype for NFPs, many systems were couched in an ageing on-premise architecture.

Caceres tells CIO his first move was “restructuring and relaunching my team as the data and technology team to centralise data intelligence, digital technology and IT services, creating a solid operational backbone”.

Next was “launching a data maturity model and adding data science and data engineering capabilities to accelerate descriptive, predictive and prescriptive analytics”.

He and his team then set about creating a new digital delivery model to centralise digital asset production without the need to rely on external agencies. Cloud migration was accelerated in parallel with deployment of an API driven multi-application integrations model.

Placement of these new foundational stones paved the way for several important innovations, including a machine learning model for income prediction that ensured Canteen was much better prepared to plan for service delivery during COVID-19.

Caceres notes Canteen was able to more easily to deliver digital services to young people affected by cancer through the adaptation of existing applications and the launch of new features, while the foundations have also now been created for the use of ML on service delivery more broadly.

With real and perceived isolation perennial challenges for young people with cancer and those seeking to engage with and better care for them, Caceres and his team decided they wanted to greatly expand what had been a limited telepresence solution at Canteen.

Initiatives included a robot telepresence program for students battling cancer to attend school from hospital, and the foundations for a virtual reality initiative for young people to join ‘virtual camps’ that will launch in 2022.

Caceres says these and the many other initiatives he and his team were able to bring to life at Canteen were made possible first by asking the question of how data and technology can shift from being a corporate service to being focused on delivering direct benefits to the young people the organisation serves.

This helped reframe this area as a 'strategy driver' as opposed to a service provided.

“With this new frame, identifying the innovations required to transform the organisation was easier,” he explains. “A lot of the new initiatives that helped us respond well during COVID had been launched or were in the process of being launch pre-COVID”.

It also meant Canteen was better able to plan and execute mostly with internal resources, which Caceres notes is very fare in the NFP sector.

The impact on Canteen has been huge, with several key performance metrics now up through the roof.

The number of young people accessing its digital platforms and services has risen 67%, with a 327% increase on online interactions to support young people. And in a massive result for any organisation dependent on grants and generosity of the public, online donations have risen 87%.

The accuracy of Canteen’s crucial income prediction model is up 99.4%, allowing it to make better decisions during COVID while avoiding the need to reduce its workforce amid rising economic uncertainty.

Operationally, multiple manual processes have been eliminated thanks to data engineering solutions that have helped Canteen’s ‘supporter care team’ focus on talking to supporters instead of handling excel spreadsheets. And for the first time, the organisation has successfully launched several projects in one year, on time and on budget, all the while reducing its spend with external agencies by a whopping 80%.

Seat at the table

When Caceres first joined Canteen two years ago, technology didn’t have a seat at the board table. But through the combination of his leadership and engagement style, and the powerful benefits delivered by him and the team, he does now. And being a former recipient of the United Nations Online Volunteer of the Year has no doubt bolstered his credibility along the way.

A key voice in the organisation’s strategic planning process, he was able to successfully influence the final pillars for its new Strategic Plan, which now have data and technology elements included as cross-cutting themes.

“This resulted from what people were able to see was possible when ensuring that data and technology focused on directly impacting the lives of the young people we serve,” Caceres notes.

“While we have been working on decentralising the innovation and troubleshooting in the data and technology space, we now use a mutualistic approach that allows multiple departments to work with my team across service delivery, fundraising, marketing and corporate services”.