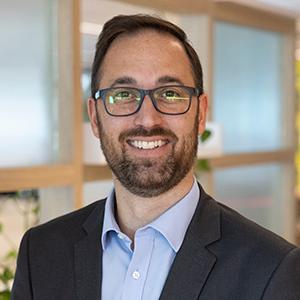 Luke Thomas was once a junior systems engineer appointed to a managed service provider that was embarking on a distributed national backup solution for a major client.

“Despite several people being across the project from its inception, I noticed that the volume of incremental data change would exceed the bandwidth available at each of the regional offices. I raised my observations, but I was dismissed as being pessimistic and too junior to really understand how the solution should work,” Thomas tells CIO Australia.

Now chief information officer at home loan provider, Keystart he says the solution ultimately failed for the same reason that he originally observed as a potential issue.

Thomas says this taught him three key lessons. Firstly, do not be too quick to dismiss an issue if it can’t be logically or rationally explained how the issue won’t result in an unacceptable level of risk.

Secondly, he says, create an open and safe environment where issues can be raised and discussed regardless of seniority. Thirdly, recognise that although technology can be the source of an issue, it’s far more likely to be a human response that causes the issue in the first place.

"Historically, the broader business would look to ICT for support and although it was delivered, it was a relative ‘black box’ in terms of what went on behind the scenes to enable the change."

“With the assistance of my direct reports, we drove the transition to a more transparent and agile way of delivering change to the organisation. This included working alongside c-levels on a new way of working for the business that split organisation strategy into quarters of initiative focus.”

As part of this change, the ICT team now spend the first week of every quarter with business subject matter experts (SMEs) breaking down prioritised work into user stories which are loaded onto the Atlassian Jira platform where staff can follow the process.

This ensured that the ‘highest value change’ that required the least amount of effort was prioritised. Ultimately, this resulted in improved outcomes for Keystart’s staff and customers.

This new way of delivering change to the business was accompanied by regular showcases to all staff using collaboration tools to explain to staff how changes were progressing.

Meanwhile, adopting more agile ways of working provides transparency in ICT delivery across all functions – development, operations, and security. Staff were invited to meetings and standups that the ICT department hosted to learn more and were given access to the Jira and Confluence platforms that had been adopted.

“The combination of transparent operational and system changes has ultimately resulted in additional funding being made available. This has enabled us to increase capacity to deliver change," Thomas adds.

“It has also increased staff satisfaction and productivity by removing the need for lengthy business cases previously built on previously loose estimates. Instead, the focus is on delivering value to production as soon as possible".

Keystart engages in regular annual staff surveys through Korn Ferry which provide a view for how staff are feeling about various business-related topics.

Questions resolve to two key scores for employee satisfaction. The first is ‘enablement’, which is a measure of how well-matched staff are to their role and how the organisation helps them reach their full potential. The second is ‘engagement’, a measure of an employee’s commitment to the organisation and willingness to apply discretionary effort in their work.

“Since the change introduced two years ago was initiated, ICT has seen a marked increase in both metrics. Indeed, the enablement score is currently 4 percent higher than the high-performing norm defined by Korn Ferry through its national engagements,” Thomas says.