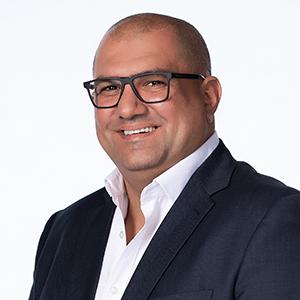 During his career, Southern Cross Austereo’s (SCA) chief technology officer, Stephen Haddad, made one key mistake: he chose to remain in a role that he was no longer passionate about.

“I did myself and the company a disservice. I know now that it is imperative as a leader to stay engaged in your role and actively live and breathe your organisation’s objectives and values,” Haddad says.

“When you are leading large teams, the enthusiasm, or lack thereof, you have is immediately obvious to those around you and easily infiltrates and filters down to your employees. This can cause low morale and tremendously upset the balance of culture and productivity in your teams, which negatively affects business operations

Haddad says he has applied that belief to his current role and it has served him well.

“I am immensely proud of and passionate about the work my teams have achieved during my tenure. The development and launch of LiSTNR was a labour of love that I am incredibly invested in,” he says.

Launched in February 2021, Haddad’s digital love child is described as the first combined music and spoken word platform for Australians. The daily feed curates audio content to audiences based on their personal tastes and routines.

“While it’s impossible to be across every single audio product in the world, we believe we are the first company to develop an audio product that is built around a daily feed. This is a curated and personalised feed based on the preferences of each user,” he says.

Haddad says the advertising market has embraced LiSTNR because the product has simplified a relatively complex suite of digital audio advertising products from SCA. It enables advertisers to easily compare SCA’s offering to other products on the market and craft campaigns to target specific user segments.

“From a corporate perspective, LiSTNR has had a huge impact on culture by providing a focus point for our digital transformation,” he says.

From the ground up

LiSTNR was not a single idea, instead it was the result of an iterative process over several years and the product was built in-house by SCA’s technology services team under Haddad’s leadership.

After the final concept of LiSTNR was established, Haddad’s teams worked for 12 months developing several iterations of the product before it was ready for the market.

Over the three years prior to the launch, SCA began a journey to understand audience’s desires and seek out solutions to meet their needs. The organisation did this through market research, focus groups, face-to-face interviews and closely monitoring the evolving consumption patterns of different forms of media.

On the path to LiSTNR’s final iteration, four distinct delivery teams were established under a master steering committee: marketing and insights, product, content, and sales. The product team, led by Haddad, developed a product wire frame that was tested with audiences. After several iterations, a beta was created, launched and tested under the guise of the PodcastOne App until a minimum viable product was ready.

There are three elements to LiSTNR that make it truly innovative, says Haddad.

The first is a curated feed for audiences based on organic intelligence over pure artificial intelligence. This enables content to be delivered on several factors, such as the time of day, not just past consumption.

The second is that LiSTNR focuses on curation over aggregation which alleviates the burden of choice from consumers that so many media platforms create, to deliver only relevant, premium podcasts.

The third is that it delivers localism over globalism.

“While many rivals deliver a global content experience, LiSTNR delivers content tailored for Australian audiences and hyper local content – for example, local news for Townsville – at a time when media mastheads are retreating from regional Australia. It's audio's distinct ability to be consumed intimately and whilst multi-tasking which makes the LiSTNR solution so compelling," Haddad says.