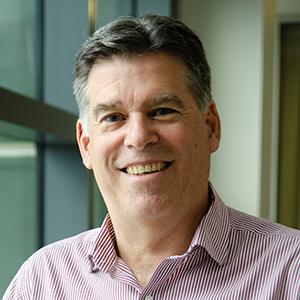 CIO Mike Brett joined Hearing Australia in April 2019 to drive radical change in the use of technology across the organisation.

His remit was simple: raise the use of technology inside the company to help drive cultural change, rebuild the IT capability to drive value, and ensure the investments would service the company now and in the future.

He started with a platform of out-of-date applications and unsupported underlying technical infrastructure and set about utilising more modern technology to improve services that are provided to customers.

Six months later, Brett and his team published an ICT Strategy and Roadmap out to 2025, which was the foundation for conversations with the executive team, the board, and members of the ICT teams themselves.

At the same time, he worked to build out a business case for replacing the company’s core systems, which were up to 20 years old and, in some cases, had not been upgraded for more than a decade.

Hearing Australia’s core ICT applications were discrete and built-for-purpose. This meant that customer data was spread over multiple applications, which required staff to assemble a single view of the customer by logging into each application to understand customer needs.

Brett gained approval to move way from an on-premise installation of the company’s productivity suite of applications and implement the cloud-based Microsoft Office 365 suite. When COVID struck in March 2020, the rollout was accelerated and completed in less than six weeks.

The executive team supported a second business case to modernise Hearing Australia’s remaining infrastructure to be placed in the cloud, replacement of the data network with SD-WAN technology, and a significant uplift in the company’s cyber security capacity.

“Key to achieving approval from the board was the vision, the now proven ability to deliver and evidence that we would be able to lower our total cost of ownership through automation, standardisation and reuse,” Brett says.

So far, Hearing Australia has avoided hardware acquisition and deployment costs in the order of $1.5 million every four years. Network improvements are showing increased throughput of up to 400 percent with 40 percent less cost. Automation has helped the team deploy infrastructure in less than 24 hours compared to two to four weeks previously.

The Microsoft Dynamics 365 platform has also increased productivity for the company’s audiologists and customer-facing staff. It provides these staff with visibility of all customer interactions and lets them capture clinical information without having to navigate multiple applications. The company has also increased its cyber capability with the introduction of a security event monitoring system and protection against cyber threats.

When Brett joined Hearing Australia in April 2019, the ICT function reported to the COO and there had been no significant investment in ICT despite costs for maintaining ageing systems increasing.

Brett recognised that if Hearing Australia was to shift to new ways of working, the company culture needed to shift. He was able to convince the board that investments in technology would have a positive impact on the organisation by reducing the cost of running IT and creating value for the business.

“I showed that better use of data would address the challenges facing the organisation, such as declining revenues and loss of market share. The focus of IT would shift from keeping ailing systems alive to growing the business.”

This required a significant uplift in the performance of the IT team and a transition from being responsive to the issues of the day to being an engaged partner in the development and execution of business strategy. It also required the IT team to be able to articulate a vision for technology and to take ownership for the business outcomes that technology delivers.

Key to selling this vision, Brett says, was demonstrating close alignment to the corporate plan and changing the perception of IT from a cost centre to a department that delivers better customer experiences and makes the working life of staff much better.

“A key factor in adopting new technology was to free up the time for our clinicians and allow them to spend less time navigating our existing IT capability,” he says.