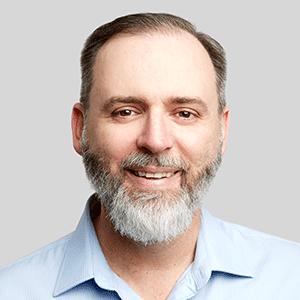 MAX Solutions is Australia's largest provider of employment services, training and health services across Australia. The employment services portion of the business operates under a large government contract with the Department of Education, Skills and Employment with a key focus on helping unemployed Australians get back to work. All meetings with customers must be held face-to-face in one of Max's 250 locations around Australia.

When the pandemic started in early 2020, the organisation went into lockdown and needed to move to a remote and digital servicing model for 2000 staff and more than 100,000  customers.

“In the first few months, we also saw our customer base grow to over 140,000 due to rising unemployment. The challenge was to adapt our way of working to help more customers without needing additional staff,” says executive general manager, technology, Adam Heilbron.

When the decision to shut down was made, Heilbron and his team stood up 1000 virtual desktops to allow staff that did not have laptops to work from home from their own PCs. The virtual desktop infrastructure had to be strictly aligned to the Cyber Security Framework of IRAP and ISO27001 to ensure that customer data was protected to the same level of protection that is guarantee at its sites.

“Thanks to this technology, our organisation was able to quickly pivot from face-to-face servicing to digital and phone-based servicing, while delivering with a larger case load at a time when unemployment was high and new job numbers were at an all-time low,” says Heilbron.

Heilbron and his team added new functions to the MAXConnect customer service portal that enables the company to meet its contractual needs such as moving from requirements such as wet to digital signatures on critical service documents.

New functions also allow building plans to be completed online, an activity that was previously paper-based and created in person.

“We worked with Microsoft to integrate Max Connect with Office Online to ensure customers could use productivity tools to build their resumes and cover letters remotely and in real-time collaborating with their placement consultant,” he says.

Meanwhile, to assist staff and managers during this dramatic time of change, the team accelerated its data and analytics project to create greater reporting for staff KPI tracking. This enabled managers to manage a remote workforce for the very first time.

“This also helped the business continue to perform well at a time when jobs were scarce and new placements were harder than ever before. As the nation recovered from COVID in late 2020, we were also able to again exceed placements numbers in helping Australians get back to work, Heilbron says.

But what Heilbron is most proud of is that the company did not need to stand down a single staff member during COVID shutdowns.

“The goal was set by our MD, and the work IT did to ensure business operations were not affected allowed us to keep that promise to our employees at a time when very few businesses could do the same,” he says.

A question of trust

Early in his management career, Heilbron made the mistake of befriending and being too trusting of a third-party supplier to the point where a critical contractual piece was missed even though it was discussed in detail with the account manager.

This eventually led to a project failure and no organisational recourse due to the overarching contract missing key pieces of information.

“I assumed this information was in there due to trusting my supplier to capture the details. You only want to make that mistake in your career once, so since that occurred, I always document in detail the discussions we’ve had to ensure that all requirements are captured in the contract,” he says.

Heilbron says he also does a ‘full page turn’ of contracts prior to sign off. This is to ensure that detailed requirements, contractual agreements, and clauses for a contract ending early, if required, are captured in detail.

“This is essentially learning to review full legal terms to ensure the organisation is protected,” says Heilbron.

“While I still work with and trust my third-party suppliers, that trust is never replaced by assumptions or lack of contractual control anymore.”