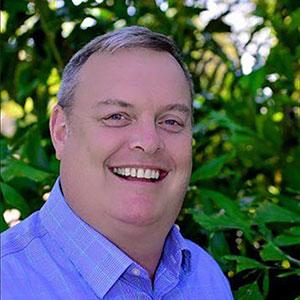 When asked about his biggest career lesson, the former chief information officer at the South Australia Department of Human Services (DHS), Rohan Dollar doesn’t mince his words: "The business does not understand how technology can help them. Neither do ICT teams. Both make too many assumptions.”

A public service veteran, Dollar completed a technology transformation to a ‘staid’ government department in just over 19 months.

“After walking into a disaster area from an ICT perspective, I took control of projects, staff, operations and training as well as incident response and change management. Policy, processes budgets, platforms and systems as well as the daily way of working were impacted,” Dollar says.

“Projects were instigated with clear requirements and outcomes agreed with the business, a sharp change from what I inherited.”

Rowan says the whole department from the minister’s office to the frontline staff is now mostly paperless with PDFs, PowerApps, and online forms replacing paper files and streamlining processes.

With a mobile device-based logging platform for the Youth Justice team, they were able to comply with an Ombudsman directive to detail interactions with inmates in the Adelaide Youth Detention Centre.

“We replaced a Post-It note process. Yes, really!” he says.

Dollar and his team automated communication channels for the business into the service desk which made it easier for DHS staff needing support or services.

“Email, intranet automation, PowerApps and online forms automatically raise service tickets, which reduces the pressure on telephone systems after they suffered a quadrupling of call volume during the COVID-19 response.”

But the single biggest impact project was the deployment of Microsoft’s new Windows Virtual Desktop into production in a three-week period just prior to sending 3000 staff home in the COVID-19 response, he says.

Dollar says that South Australia’s Department of Human Services is still the only government department in the state and one of very few in Australia that enabled staff to be productive at home without requiring large quantities of VPNs or tokens.

“The combination of Darktrace and Windows Virtual Desktop worked together seamlessly to ensure that data was kept secure. Staff operations and security platforms were uninterrupted and required no modification of the underlying systems to allow 3000 staff to work from home at short notice.”

Additionally, Dollar and his team migrated the department’s phone services from antiquated on-prem systems used across SA government to the cloud. Public and internal services including call centre queues were migrated without issue.

“It took us only one week to do this important work which allowed call centre staff to work from home. We were the only department in the SA government to do so,” he says.

“The in-progress migration of all workloads to Azure also enabled operations staff to manage their platforms from home and to respond quickly when faced with an incident. This project is due for completion this year and involves hundreds of systems and applications including a large legacy collection. This is a radical departure from the SA government’s on-prem mentality.”

Dollar says the best way a CIO can influence an organisation and the leadership is to “listen, learn and listen some more.”

Dollar says communication channels were fragmented when he joined the department with staff talking to whoever answered the phone first or through personal networks into ICT that had been built over time through necessity. He says the team concentrated on improving service desk operations and providing an improved self-service facility, which ensured calls were delivered to the right channels first.

Service quality and key performance indicators were measured with call times reduced from 30 minutes to less than 10 minutes, he says.

Staff mentoring was also a high priority for Dollar. He showed staff that a customer focus allowed them to concentrate on the right things, improve the customer experience, and the positive feedback just flows.

“Staff respond to that,” he says. “I had many conversations with individual staff on both technical and career issues and helped where I could.”

Dollar says he is the first CIO in the history of the SA DHS to mandate training for ICT staff and had the budget items changed to reflect that. He arranged for the whole ICT team, including non-technical people, to attend Azure Fundamentals training to improve their understanding of Azure and the cloud, giving staff the tools to be about it with the business, he says.

“Personalised training plans were established for staff for the first time. I was also the first CIO in SA DHS and among the first handful in SA government to offer traineeships to school leavers. Two pre-school leavers, as part of their VET training, joined my cyber security team in February 2020.

“They are scheduled to finalise their Cert3 in ICT – cyber security in December and have been kept on during the COVID-19 work from home period. DHS is one of only two departments to keep their trainees,” he says.