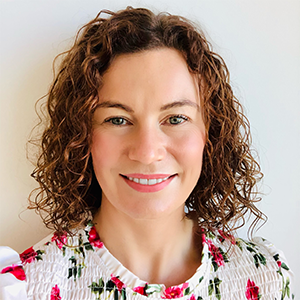 It’s taken six years, but we’re now very proud to say that this year’s CIO50 Australia winner Kathleen Mackay is the first woman to claim the coveted top spot in this the most prestigious award for achievement in enterprise technology in Australia.

As the chief digital officer with Revenue NSW, she’ll tell you it’s an unenviable and some might say thankless task, the business of collecting revenue from the public.

Whatever the reason, from speeding or parking fines, to various taxes and most recently the eye-watering penalties being doled out for various pandemic transgressions, citizens don’t take kindly to having their hard-earned siphoned off to government coffers.

Yet as we all know, revenue collection is a critical function, playing a key role in oiling the wheels of government, funding roads, schools, hospitals and other essential services that keep business and society running.

In NSW, as with every other state in Australia, the role of government in running all our lives has been brought into sharp relief, especially in terms of managing the huge healthcare and logistics challenges brought by COVID-19.

But what many of us probably don’t appreciate is that a certain proportion of the population are deeply hurt by the imposition of state-issued fines, regardless of whether they’re justified or not.

Whether the result of temporary misfortune, or life-long disadvantage, many people can find themselves trapped, sometimes for years in a cycle of penalties, bank garnishees, driving sanctions and other punishments including in some cases jail.

Many of our less fortunate found themselves slipping even further behind throughout the pandemic, as unemployment – especially in lower paying industries – rose sharply, further impacting people’s ability to pay outstanding fines and associated penalties.

Mackay, her talented, 300-strong team, and executive colleagues saw the writing on the wall as COVID-19 started gathering steam in March 2020.

Helping people manage their finances to pay fines, along with the myriad other issues spanning unemployment and of course mental health had been a big enough job before the pandemic.

And by Mackay and the department’s own admission, Revenue NSW was a definite tech “laggard” when she came on board in 2018 as executive director, strategy and transformation.

Three years later, Mackay now has the title of chief digital officer and the honour of leading one of the first large-scale implementations of machine learning in the Australian public sector.

The Work and Development Order Program (WDO) currently identifies around 15,000 vulnerable people each year, diverting them from the standard debt collection process and towards alternate opportunities to pay off fines such as participating in unpaid work, courses, counselling, or treatment programs. Up to $1,000 can be paid off each month.

Prior to implementation of the AI-driven WDO program, these vulnerable people were typically lost in a system which processes between 1.5 million and 2 million fines each year, with their only hope of discovery being outdated and inefficient manual processes.

The new system is now able to advise Revenue NSW staff on the probability that someone with outstanding fines may be vulnerable. Importantly, WDO has been designed to “augment” human decision making, rather than replace it, which is key in an environment so with so many complex variables affecting the lives of real people.

Over $40 million of fines debt has been successfully resolved through the WDO program in the last financial year alone.

“This represents a positive step forward in breaking the cycle of disadvantage that vulnerable people face and gives them the opportunity to move forward debt free,” she adds.

Mackay and her team have also been at the vanguard of applying sophisticated data analytics technologies to the perennially vexing matter of tax collection in NSW, with similarly outstanding results.

Utilising in-house technical and other resources they have been able to better correlate asset and liability information, helping it to make vastly more informed decisions with regard to issuing compliance audits of businesses and citizens. In the last financial year, this more targeted approach led to an additional $250 million of tax being identified and collected by Revenue NSW.

One of Mackay’s key strategic priorities at Revenue NSW was to totally transform how the tech team operated and were managed.

New, more agile ways of working were championed, including scrum agile and showcase steering committees, while a ‘fail fast’ mindset was encouraged. And she recognised early on that small teams involved in agile projects needed to be properly nurtured to be successful, which included protecting their “innovation fishbowls”.

Having implemented such a radical change seemed to necessitate Mackay writing a paper outlining what she proposed, which was then submitted to the executive. The paper was endorsed and together with the former CIO, the reorganisation took place.

She explains that the ‘digital uplift’ means Revenue NSW is now far more responsive to the needs of citizens and businesses in the state.

For example, in 2020 a system to invoice and collect quarantine fees was implemented in under two weeks; fast by anyone’s standards, let alone in the public sector.

This year, in response to the NSW lockdowns, analytics and data integration capabilities were established within three weeks to provide compliance support for the COVID-19 business grants, issued via Service NSW.

“We have achieved a very fast speed of delivery and this remains relatively uncommon in government,” Mackay notes, adding, however: “Despite the fast speed to delivery, our systems are thoughtfully designed around the customer and secure.”

Enabling Revenue NSW to scale its use of RPA from what had been only small projects previously also demanded that she refine existing governance frameworks for the broader IT architecture, as well of course as security.

A member of the executive team, Mackay has also held several different roles outside of technology, including leading the fines and debt business.

And she knows as well as anyone that government agencies are notoriously big, bureaucratic and slow.

Yet Mackay has always been determined to instil a spirt of agility, risk taking and innovation in an environment where such traits were often overlooked in favour of overly detailed, inward looking plans with a largely singular focus on revenue collection.

Always leading by example, Mackay was the first executive to sit in a regular desk with her team rather than in a typical ‘Executive Office’. From there she has been better able to show the tangible results of more modern working approaches, in particular customer co-design and agile scrum methods, both of which resulted in big improvements to customer satisfaction and ‘ease of use’ scores.

She has been patient and persistent in bringing her colleagues in the executive with her on Revenue NSW’s digital transformation journey, despite times when she’s struggled to have hers and her team’s voice heard amongst so many competing priorities, especially during the pandemic.

“One of the learnings along the way, is that in government the timing needs to be right for people to have an openness to new ideas. You can’t be disheartened if your ideas don’t get traction first time around, you need to be patient, confident that your ideas have merit, and then continue to raise these ideas until you get a breakthrough.”