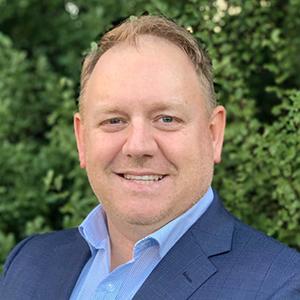 Service Victoria chief information officer, Adam Carthew leads a team that has been on the frontline of the Victorian government’s response to COVID-19.

One of their proudest achievements is the Service Victoria app, now in the hands of millions of Victorians, which has played a central role in keeping them safe throughout the crisis, while supporting economic recovery efforts.

The app has now been downloaded more than 4 million times with over 300 million check-ins.

Taking the CIO role in April 2020, Carthew set about transitioning the department from a platform approach to a native cloud microservices approach better able to handle high-volume transactions as well as speed time to market to meet unexpected surge demand.

Impressively, the regional travel voucher portal was delivered in just two days, Carthew tells CIO Australia while some 50,000 travel voucher applications were processed in 3 minutes without disrupting the platform’s stability at all.

The QR code check-in is used by millions of Victorians every day and is key to the Victorian government’s contact tracing. At its peak, the QR code function successfully processes more than 6 million check-ins a day.

Once he had the groundwork in place to support migration to microservices, Carthew quickly saw the need to rearrange delivery squads “so Service Victoria could successfully provide digital services to adapt to emerging better practices for technology delivery”.

Meanwhile, Carthew was building and managing squads charged with building the cloud microservices.

Prior to the pandemic, Service Victoria had been digitising government services with the customer numbers steadily growing.

But once QR codes became mandatory because of the pandemic, he and his team saw the opportunity to use them a vehicle to drive greater digital engagement with citizens across the board.

With QR check-in mandatory across the state, Service Victoria’s strategy was to use the QR check-in to drive mainstream uptake and position it as the “go to app” for government services in the future.

The proof is in the pudding, with Service Victoria achieving a customer satisfaction score of over 95 percent.

Carthew’s ability to deliver product and influence his colleagues   the executive come down partly to his being something of an outsider when he joined Service Victoria in April 2020.

Boasting an extensive blend of private sector skills, especially from retail and financial services, he was able to bring a unique perspective to addressing the various challenges facing the agency, which were especially valuable as it sought to help Victorian citizens, communities and businesses deal with pandemic.

Having moved the organisation towards cloud technology capable of handling erratic spikes and deal with high volumes, Carthew was confident that Service Victoria could deliver an efficient, secure QR code system for government. What’s more, he knew that a QR-code check-in function on the app would not only offer a seamless service for customers and contact tracers, but would also be good for the Service Victoria brand.

Today the Service Victoria app is used for more than 6 million check-ins every day, while the agency continues to roll out regular improvements to the QR code check-in function and other services on the app.