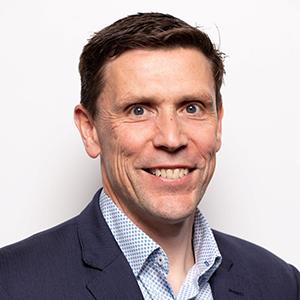 Luke Kendall joined commercial law firm, Mills Oakley, in August 2019 when a major IT modernisation program was due.

His first job was to introduce a customised workflow approval system to augment the organisation’s legal practice management system. Requests for disbursement payments, cheque requisition or invoice reversals had historically been paper or email-based. So, Kendall and his team built a customised workflow platform on Microsoft Azure that allowed for a portal-based review of requests for approval.

Most requisitions need to involve three parties: one to request, one to approve and one to execute. If conducted on paper or simple email workflow, messages would be lost among inbox clutter, missed as partners attended briefings or meetings. Processing times that should take minutes often extended to days.

“Further, requestors lost visibility of where the request was and there was no process to allow a dedicated party to override,” says Kendall.

The new purpose-built workflow solution processes transactions more readily and, importantly, allows requestors to identify the state of a request and chase the approver. If the approver is absent, then the request could be re-routed for alternative approval and processing.

“While a relatively simple solution of modest technical complexity, the labour savings have been substantial,” says Kendall.

The second innovation is a ‘car hire data capture automation’, which queries a select hire car website across distinct pick up and drop off locations and populates the search results into a single, searchable database. This replaces a previously manual process of capturing this information in a spreadsheet.

Kendall says that car hire data is invaluable in motor vehicle insurance claims where parties may contest, or inflate, the cost of car hire claimed.

“It firstly eliminates several hours per day of manual data capture and subsequently gives our staff an opportunity to rapidly query hire car costs when required. The return on investment in this project was realised in less than two months".

Kendall adds that both bespoke innovations are unique because they have markedly transformed how elements of the business operate. Both came about from direct engagement with internal customers, from simply seeking to identify inherent business problems that technology may resolve.

“Transformation, digitisation and disruption are three often used words in technology which typically bring to mind whole of industry changes such as Netflix, Spotify or Uber," Kendall says. "But in reality, a CIO can still digitise, transform and disrupt effectively with much fewer resources on a much smaller scale and still effect staggering returns on investment".

Kendall asserts that the skill in ensuring technology is always a part of the organisation is to be ‘deftly omnipresent’ – that is to be seen and to be available without creating the impression that you’re the "unwelcome guest at a wedding".

“The first step in this instance is to build trust and rapport with senior stakeholders in the business. In my experience, influence comes from leveraging past successes to create confidence in you and your approach.

“It’s an old cliché perhaps, but it works – start small, establish trust and progressively build from there.”

During his first six weeks at Mills Oakley, Kendall spent much of his time meeting with partners across the firm.

“I used these meetings to introduce myself, and also understand each partner and his or her dependence on technology, their issues or challenges with it and any ideas that they may have about where technology could help in their practice area. These conversations were pivotal in forming the IT strategy and associated strategic roadmap".

The second step was to build confidence. Rapport means little if the partnership has low confidence in the CIO’s ability to execute.

Confidence was built with some low complexity, but high-value project implementations that were supported with a modernisation of the team’s processes and hiring of key personnel.

“An interrelated connection to the above was the arrival of the COVID-19 pandemic and mandated remote working requirements. Partly through circumstance and partly through astute leadership, the firm now has a modernised SOE, established two-factor authentication, an updated Citrix environment and Microsoft cloud hosted services," Kendall says. "The transition to remote working was near seamless, and confidence in the CIO was now well established".

Finally, he uses his influence to ensure technology is a key consideration within the firm by strongly associating IT strategy with business strategy, meeting clients, attend department meetings, and holding town halls in remote offices.

“Listening to what they have to say among the rabble of hearing about the printer jamming too often, will be an opportunity to provide meaningful context to the work you are doing and the benefits it is bringing,” Kendall says.

He suggests CIO should avoid being ‘one dimensional technologists.’

“Wear many hats at once; compliance officer, head of innovation, service provider, disruptor. Take a whole of business view. Finally, identify the committees and sub-committees that have influence, request participation and justify your involvement".