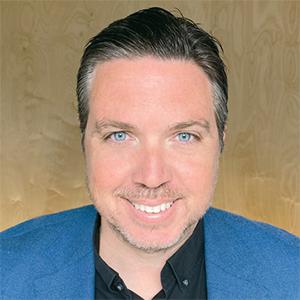 First held in 1905, The Australian Open is one of the four ‘Grand Slam’ tennis tournaments contested every year, and ranks amongst the biggest sporting events held in the Southern Hemisphere.

Placing fourth in this year’s CIO50, Tennis Australia’s chief technology officer, Ben Fitzgerald and his team deliver and operate all of the technology supporting The Australian Open along with various other tournaments throughout the country.

Little did the players, organisers and spectators enjoying the 2020 event in January know what was about to be unleashed around the world, later engulfing the other three slams of Wimbledon, the French and US Opens.

But the story of how the 2021 Australian Open was stood up against the pandemic with the best of digital innovation and grit determination is compelling and inspiring as a tough five-setter on centre court.

“Nobody had any idea of the relentless and rapid innovation that would be required to stage the 2021 event, nor how it would become a story of how innovation would rescue the Australian Open from being yet another major event casualty of the COVID-19 global pandemic,” Fitzgerald tells CIO Australia.

“The success of a new major event technology platform would be the difference between the event continuing, or being cancelled.”

The first challenge Fitzgerald and his team had to overcome was how to manage the strict quarantine arrangements required for some 1,500 players and their entourages flying into Melbourne.

All were placed into an AO Hotel Quarantine bubble, allowing them to conduct their daily practice sessions completely isolated from the public.

To support this, a “Health Passport” mobile app was developed with partners to shepherd players in quarantine. It included a daily health survey to screen for potential symptoms, and a personalised daily schedule monitoring specific details such as hotel room door-knock time and allocated hotel elevator times, while preventing player contact.

Fitzgerald and his team got to work building a dedicated ‘Athlete Management’ system to ensure secure storage and access to this information by medical professionals, while The Health Passport app provided players their COVID test results once confirmed.

A network of more than 400 RFID readers was then deployed across the AO precinct providing real-time, as well as retrospective, contact tracing, and allowing for 'traffic-light' style capacity management of busy indoor areas.

Bringing home the scale of the data challenges presented by COVID-19, over 10 million contact-tracing reads were taken by the system during the two-week event.

You can’t be serious

While COVID-19 was a floating top-spin lob for AO organisers, it also changed the game itself, with no line umpires on court for the first time in the event’s 115-year history so as to minimise the number of people present during matches.

Tennis Australia quickly assessed the Hawkeye-Live system, which was deployed using up to 10 cameras placed around each court, enabling automated line calls with no humans required.

Managing international media was another major challenge facing Fitzgerald and his team.

The AO is among first major marque events on the international sporting calendar, yet travel restrictions into Australian meant the usual travel pack was prevented from attending.

In response, the AO tech team developed what it called the Digital Asset Management system to enable media and players to engage as they would during normal times.

In particular, a new remote press conference platform powered by Microsoft Teams was deployed to enable the traditional – and critical – post-match press conference between players and media, integrated directly and seamlessly into the AO broadcast stream.

Tennis Australia’s Media and Broadcast team were able to manage media attendance at these virtual press conferences via a simple admin console.

“It also provided a secure close-contact data sharing method with the Victorian government, ready to rapidly respond should the Australian Open becoming an exposure site,” he notes.

Of course, committing to collect and share such large volumes of data needed to be matched by a commitment to deploy enough network capacity to support it. The existing network was never going to be match-fit.

A pair of 10Gbps internet links were provisioned, with new network switches deployed across 100km of cabling, along with new firewalls. And proving one of the more memorable statistics from this year’s CIO50, Fitzgerald informs us that over 100,000 cable-ties were used.

While sport is entertainment, ultimately, especially at the highest levels, it’s a business.

Fitzgerald notes that without the digital innovations deployed by him and his team the most important annual event for Tennis Australia may not have gone ahead, potentially leading to dire financial consequences for the sport in Australia.

“In simple terms, these innovations enabled the 2021 Australia Open to proceed, and this ensured Tennis Australia was able to preserve its primary revenue source for 2021,” he tells CIO Australia, adding that the money helped fund the organisation’s 2021 transformation program ‘Tech Advantage’ which is driving further innovation and value.

“Tennis may be game of singles or doubles, but transformation is a team sport”, is one of Fitzgerald’s oft quoted rallying cries to his team.

This means ensuring that everyone – not just those within IT – feels included and that their voices matter when it comes to Tennis Australia’s technology transformation.

“This inspires the confidence across some 800 Tennis Australia and Member Association team members who all have a role to play in that transformation to take an interest, and get involved,” Fitzgerald says, while admitting that this wasn’t always his first instinct earlier in his career.

Tech planning for AO2021 brought home the value of the whole organisation working in sync with each other like never before.

“Technology worked with every single part of the organisation to understand their needs, and devise a technology solution that would ensure operational continuity throughout an event severely hampered by the threat of COVID-19,” Fitzgerald recalls.

In an environment where nothing should be assumed in terms of how non-technical people perceive and engage with tech, he strives at all times to project a high degree of “technology approachability”, both in terms of the department and the actual capability it delivers.

“There’s no point having really smart technology team members who are so full of acronyms and confusing buzzwords that it becomes a deterrent to the broader business approaching the team for help.”