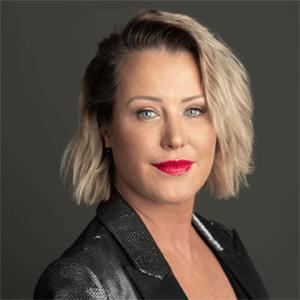 The travel sector has been so badly battered by the pandemic one could be forgiven for forgetting it even exists.

When Nicki Doble, group chief information officer for Cover-Moore Group first entered the CIO50 in 2020, it was thought that the travel industry would be well on the way to recovery at the beginning of 2021.

“Today, the business and the world is recognising how long the road to recovery actually is, which is now being further driven home by the Delta variant moving its way across Australia,” she tells CIO Australia.

So while many of her peers were harnessing digital technologies, not just in response to the pandemic, but also in pursuing new opportunities in markets that at least had echoes of normality, relatively normal markets, Doble has been engaged in an ongoing battle of survival, for the tech team itself, and the broader travel insurance business.

The past 12 months she and her team have come to view the company as something of an “innovation underdog”.

Against the backdrop of a global pandemic where international movement had mostly ceased, resilience and a true commitment to collaborate and do things differently was required at every juncture, Doble says.

“Many businesses and governments were able to call upon significant funding and Tier-1 providers to assist them to pivot in 2020 and 2021, but for Cover-More, the funding forecast was starkly different.”

While the world was catching its breath, Nicki’s IT team were taking huge strides in setting the standards in IT leadership in terms of being customer and consumer centric and by ensuring that every decision reflected best practice beyond the expectations and requirements of industry.

No doubt partly reflecting her elevated position within the executive team, the tech department continued to receive funding as budgets across the rest of Cover-More were constantly being wound back in the response to the pandemic, Doble says. But this came with added pressure and responsibility.

“We realised this redistribution of funds made the pressure to perform much higher and with that understanding we chose to move boldly - to see all challenges as opportunities, look at money as having multiple lives, and provide new ways for the team to innovate in driving outcomes.”

Knowing she had to spend wisely, Doble resolved that rather than invest, for instance, in Tier-1 support that would eventually leave the business, she would instead look inwards to find opportunities for creating more enduring change.

She invested in training her people, with a particular focus on security, cloud, devops, APIs and microservices. “Innovation frameworks” were created, including ‘Product Management’ that would help nurture and grow the team, which nearly doubled in size on her watch.

Optimisation and cost reduction were key priorities too, with Doble pushing to greatly simplify Cover-Moore’s software ecosystem and reduce its tech stack.

“The outcomes of these decisions delivered significant environmental rationalisation and de-risk,” Doble says. All up 400 servers were reduced to 157 with a 14% cut in software spending.

The experience of traumatic shocks often hardens the resolve to bolster protections and insulate from future unpleasant events.

For Doble and her team, the impact of COVID-19 on Cover-More’s once thriving travel insurance business led to them creating the Global Technical Strategy 2020-2023, a first for the business.

The focus of 2021 was on creating the technical foundation for global distribution platforms that support 3 new mobile apps so they are capable of launching quickly into different global markets with minimal integration costs.

Cover-More’s modernised tech stack saw it land a major deal with Booking.com in late 2020, which the company forecasts will be worth one billion dollars over five years once travel resumes.

Doble notes the deal triggered a broader move within Cover-More to abandon “regional policy systems” in favour of a “scalable distribution platform”.

“An unforeseen benefit was that [parent company] Zurich saw a solid technical solution and adopted the system themselves,” she added. Using APIs, the Swiss giant will use the modernised tech stack created by Cover-More IT to sell travel policies through a number of their direct-to-consumer entities.

Although the Booking.com deal validated the Global Tech Strategy, the pandemic meant the business was still in a state of ‘fight or flight’, Doble adds, noting that she continued to guide and convince regional CEOs to prioritise longer-term gains over short term wins.

This ranged from guiding the transition to a more effective, albeit unfamiliar global system, to supporting the business when it had to close Trawelltag in India and Cover-More in China and a call centre in Malaysia.

Meanwhile, as the pandemic continued to rage, attention turned to the Haynes Royal Commission into the banking and financial services sector which increased pressure on Cover-More, which while not directly affected, still needed to prioritise mandatory spends to meet compliance obligations, amid all the other challenges it was facing.

But just when it seemed things couldn’t get worse, Doble and her team were suddenly faced with a major cyber security crisis when one of Cover-More’s Latin American businesses suffered a ransomware attack.

Doble stresses that her distributed global leadership team is always on deck when tough decisions need to be made. And during the cyber crisis she was having intense conversations with the Zurich Emergency Board. At the same time as managing the risk, she needed to give them the confidence that Cover-More would be able to weather the storm.

Gaining the trust and confidence of Zurich, a risk-averse insurance giant, was critical in delivering information that gave them comfort knowing that the team had the situation under control.

As the business prepared to move back towards BAU once the situation had been remedied, Doble played an important role in helping the business gain a deeper appreciation of the value of keeping customers and stakeholders informed.

Supported by her strong existing relationships with the Cover-More board, Doble then initiated a review of the company’s reporting structures, ensuring IT risk was made visible and managed across the whole South American business.

Ultimately she was able to assure the board that the event could be used as an effective lever to make quick improvements for the future.